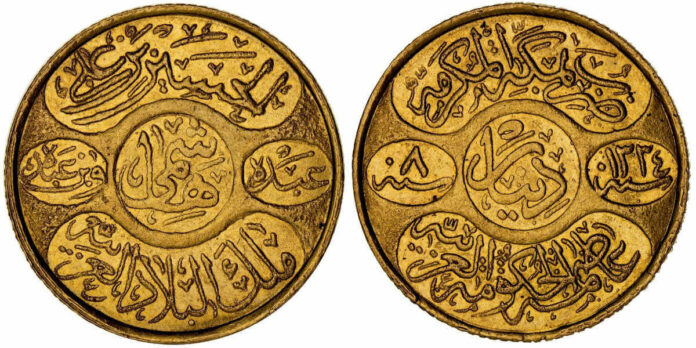 Stephen Album Rare Coins will hold its Auction 42 on 20th-23rd January 2022 at its offices in Santa Rosa, California. The Auction is made up of 3,200 lots of Ancient, Islamic, Chinese, Indian, and General World Coins.

Featured in the sale is the Joe Sedillot Collection (Part I) which includes a wide array of type coins from numerous countries. A large proportion of the coins in the collection are in choice condition and were selected for encapsulation in PCGS holders. Additional selections from the collection will be offered in subsequent auctions in Spring 2022. Also featured in this sale is The Charles Opitz Collection of Primitive Money, Part III.

One notable change the firm has made beginning with this auction is that group/bulk lots are now consolidated at the end of the sale for more convenient locating (see lots 2752 to 3200).

Select highlights will be on display at the New York International Numismatic Convention, 13th-16th January 2022. Some highlights from the sale:

SARC Chief Operations Officer Mike Barry commented: “Everyone thinks of us as the company that sells Islamic, Indian, Chinese and other Asian coins. We have been building our general world coin offerings over the years, and those efforts have culminated in this sale which features a higher caliber of world coins and broader range of types in choice condition than we have ever offered before. It should stand out as one of our best sales to date and bidders will take notice that we sell rare coins across all categories and that these lots are not to be overlooked”

All lots of the auction can be viewed in the online catalog.

The firm is now taking consignments for future premier and internet auctions. More information can be found on the website of Steve Album.

March, 8. 2019
11.03.2019 - Internet-Only Auction #2 - Stephen Album Rare Coins has published their 2nd Internet-Only Auction. The sale features exactly 500 individual coin lots from all areas and time periods with starting prices ranging from 15 USD to 250 USD. The live session will be starting on 11 March 2019.
error: