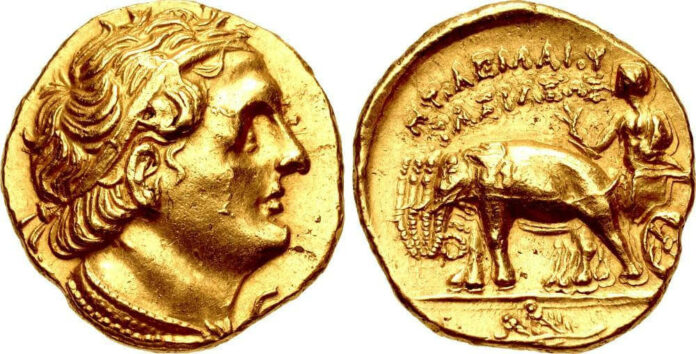 CNG 118 is highlighted by a number of collections and individual rarities, which make up the majority of coins on offer:

Catalogs for CNG 118 have been mailed to the active mailing list and bidding is open on the site. Some of the individual highlights from CNG 118 are:

Clodius Macer, legatus propraetore of Africa Proconsularis, rose in rebellion against Nero during the Civil War in the spring of AD 68. Like most of his coins, this denarius does not bear his portrait. Only in his latest issues does Macer have his portrait placed on his coins. He includes S C (senatus consulto) on his denarii, most likely to show that his revolt was not against the senate, but against Nero. Clodius Macer did not strike coins in his name until after the death of Nero. Nero committed suicide on 9 June AD 68, thus, the dating of this coin to later in the rebellion, perhaps sometime in early summer to early autumn. All of Macer’s coins are of rather crude style, an indication of the lack of skilled die engravers and the haste at which they were produced. By October, Galba had solidified his power in Rome and ordered Macer’s execution.

K.V. Hewitt in “The Coinage of L. Clodius Macer” in The Numismatic Chronicle, 1983 says that “there are a remarkable number of types and varieties, several known by only single specimens” (p. 64). All of Macer’s coins are extremely rare, with fewer than 85 coins of all types known.

Michael I: From Emperor to Monk

A high court official, Michael Rhangabe seized power when Nicephorus I was killed in battle. Michael raised his eldest son Theophylactus as co-emperor and reversed the iconoclast policies of his predecessor. In 812, he recognized Charlemagne as emperor of the West in return for Venice returning to Byzantine control; the Venetians, however, ignored the edict. Early in 813, Michael mounted a campaign against the Bulgarians, but they routed his army. In the aftermath, Michael abdicated and named the general Leo V as his successor. Michael took monastic vows and died peaceably as a monk 30 years later. His coinage in all metals is very rare.

Printed catalogs for CNG 118 are now available. To order the catalog, please call CNG’s U.S. office at (717) 390-9194. Catalogs have been mailed to customers on CNG’s active mailing list. Prospective bidders may also view the virtual catalogs.

The sale can be viewed online at CNG’s website, Sixbid and Numisbids.