May 15, 2014 – On May 7, the Austrian Mint in Vienna issued the fifth silver coin in its charming series, “Austria by its Children”, also known as “Austria, Piece by Piece.” Wolfgang Amadeus Mozart, of course, instantly comes to mind when one thinks of Salzburg, and indeed such was the case for young artist Melisa Bejic, the student who co-designed the reverse of this coin.

The reverse depicts the imposing fortress that sits high above the city of Salzburg. Front and center is Mozart with musical notes dancing around him, as well as a violin, one of his favourite instruments. The design is completed with regional “tracht”, the traditional clothing of Salzburg for both men and women, which is still worn on a regular basis in the region. This side of the coin was designed by Melisa Bejic and engraved by Helmut Andexlinger. 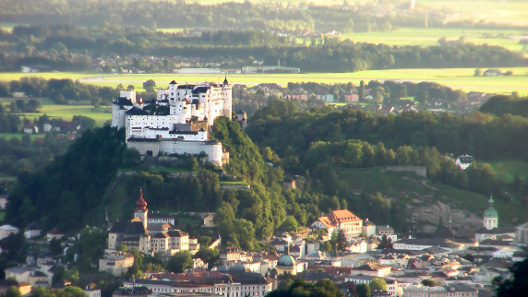 The obverses in this series always depict a UNESCO designated site. Once again the Fortress of Salzburg known as Hohensalzburg dominates the scene. Below, the old town of Salzburg is carefully depicted and includes many details of this beautiful town. The Cathedral of Salzburg is readily distinguished by its large domed roof and appears in the upper right quadrant of the design. A row of century-old houses with typical architecture of this city are located along the gently flowing Salzach River. The river is covered with a pattern that reflects salt crystals, the key to the early power and wealth of this region. This side of the coin also features the country of issue, “Republik Oesterreich” Republic of Austria, the year of issue 2014, the face value of 10 euros and the name of the region, Salzburg. This commemorative coin is legal tender in Austria. The obverse of the coin was designed and engraved by Mint engraver Helmut Andexlinger.

Melisa Bejic won the coin design competition for the province in which she lives. Melisa’s favourite school subject is mathematics. She enjoys listening to music, fashion and shopping.

The province of Salzburg, of which the city of Salzburg is the capital, is well known for its many crystal clear lakes, lovely gently rolling hills and mountains, the lush green meadows, and bucolic landscapes. Salzburg is the fourth largest city of Austria with about 150,000 permanent residents. This swells significantly during tourist season, with visitors attracted from around the world to this historic city and its scenery.

The old town of Salzburg has long been recognized as a place of world heritage. Beautifully preserved and carefully maintained, the old town is a delight to walk around in. It is known worldwide as the birthplace of the child prodigy composer Wolfgang Amadeus Mozart and as the place where the storied movie “The Sound of Music” took place. Easily recognized in and around Salzburg are many of the locations that were used for the movie.

Salzburg, or the fortress of Salt, got its name because of the rich salt deposits in Duernburg Mountain. These mines, located near Hallein, about 15kms south of Salzburg, have been active since Celtic times and even earlier many millennia ago. The Salzach River has been the key transportation route for the trade in the region, since ancient times. The high fortress of Salzburg was a key strategic point from which to defend the area. The various prince-archbishops who reigned over this perfect location where Salzburg has prospered for many centuries held great wealth and power. This also explains why there are so many religious monuments located in such a small area. 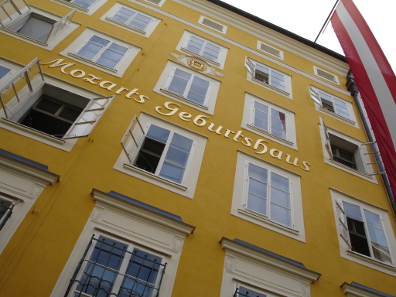 In 1756 Wolfgang Amadeus Mozart was born in Salzburg. His father Leopold was a musician and composer who was part of the musical court of the Prince-Archbishop of Salzburg. Mozart was the youngest of seven children, five of whom died at very young ages. The musical genius of music was evident from his infancy. Even as a toddler he would enjoy being at the piano and playing with the keys. 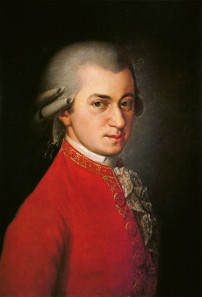 From the early age of 6 Mozart and his older sister Nannerl, along with their family, travelled a great deal around Europe while performing for various royal courts, and meeting other musicians and composers. Trips were undertaken to Paris, London, Munich, Rome, Vienna to name just a few. Travel during these years was very lengthy and difficult. He received a number of various aristocratic patronages in Salzburg, and Vienna. Mozart died at the age of 35. It is unclear what exactly caused his death. He left an extensive legacy of music, composed in all of the many genres of his time.

The silver “Salzburg” coin is legal tender and will be available in two finishes, Proof and Special Uncirculated, with a maximum mintage of 30,000 and 40,000 respectively. The proof coins come encapsulated in a presentation case with a numbered certificate of authenticity. The certificate includes all the technical details as well as background information about the series. The special uncirculated coins are available in a blister pack with Mozart / Salzburg themed design on the sleeve.

The coin will also be available in Austria only in the regular circulation finish and struck in copper. The copper coins have a rilled edge whereas the silver coins have a smooth edge.

Also available for the series are collection cases for each respective coin type, BU or proof. For the BU series there is a frosted synthetic box bearing the series logo. The proof case is made from a heavy card stock and includes a small booklet detailing the whole series.

More information about the product on the Austrian Mint’s website.

You missed the 4th issue in the “Austria by its Children” series?

You can find out more about Salzburg in this Official Salzburg Travel Guide.

Or watch this BBC film “The Genius of Mozart” on YouTube.