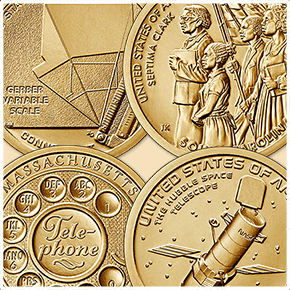 The United States Mint (Mint) officially announced the designs for the 2020 American Innovation™ $1 Coin Program. The new designs will appear on the reverses (tails) of $1 coins honoring innovations and/or innovators from Connecticut, Massachusetts, Maryland, and South Carolina. 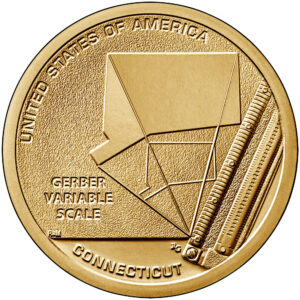 The Connecticut $1 Coin recognizes the Gerber Variable Scale. The design depicts the scale being used to increase a geometric shape by 200 percent, a shape that resembles the state of Connecticut. Inscriptions are “UNITED STATES OF AMERICA,” “GERBER VARIABLE SCALE,” and “CONNECTICUT.” 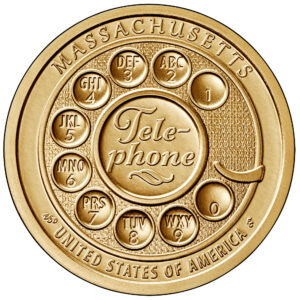 The Massachusetts $1 Coin recognizes the invention of the telephone. The design depicts the dial of an early rotary telephone. Inscriptions are “MASSACHUSETTS,” “TELE-PHONE,” and “UNITED STATES OF AMERICA.” 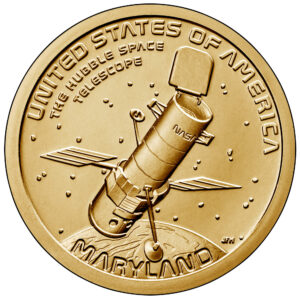 The Maryland $1 Coin pays homage to the Hubble Space Telescope. The design depicts the telescope orbiting the earth surrounded by a field of stars. Inscriptions are “UNITED STATES OF AMERICA,” “THE HUBBLE SPACE TELESCOPE,” and “MARYLAND.” 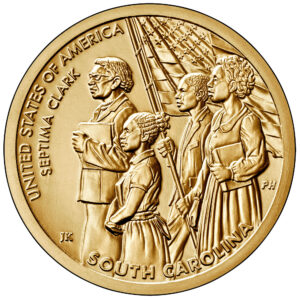 To learn more about the American Innovation $1 Coin Program, visit the website of the United States Mint.

And here you can find out more about the United States Mint.

These and more US coins are listed in the Cosmos of Collectibles database.

US Mint Releases the First Colorized US Coins