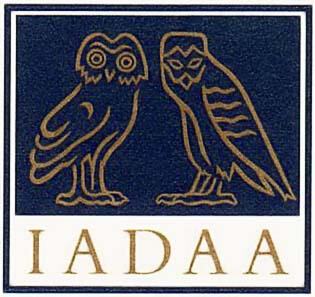 April 4, 2019 – BBC World Service, Business Daily: February 20: This 20-minute radio programme was prompted by a complaint from the Antiquities Dealers’ Association about a previous programme aired in September regarding illicit antiquities. It took three months before the BBC finally admitted bias and failing to consult the trade while giving prominence to a number of allegations that were unsubstantiated.

Having admitted the failure, the BBC did its utmost to redress the balance, even widening the debate on how what it refers to as Zombie Statistics are being used to drive propaganda across many fields of interest, including the antiquities debate.

ADA and IADAA adviser Ivan Macquisten is interviewed early on in the programme explaining how the failure to check sources for claims has led to an ingrained culture of disseminating fake news and this is affecting policy. This is aggravated by the fact that those to blame are sometimes influential international bodies whose standing lends unjustified authority to these statistics. These include UNESCO and Interpol, as he explains. The response from UNESCO’s Director for Culture and Emergencies, when challenged over the organisation’s use of zombie statistics to back its campaigns for greater restrictions is not to defend the statistics, but to argue that they don’t matter.

As British statistics guru Dr Tim Harford counters, however, what also happens is that you often get ‘policy-based evidence’, where a body decides what it wants to do and then looks for the evidence to back it up without necessarily testing its robustness. “If you think right is on your side, then you’re not going to be too careful in scrutinising claims that fit in with your preconceptions,” he says. “This is confirmation bias.”

Harford disagrees with the UNESCO official, arguing that it is important to take statistics seriously because they are essential for understanding the world. “If people start treating them in a very cavalier way, that spoils it for everybody, because then people start not trusting statistics.”

You can listen to the programme where Ivan Macquisten states IADAAs point of view.

For more information on the International Association of Dealers in Ancient Art go to the IADAA website.