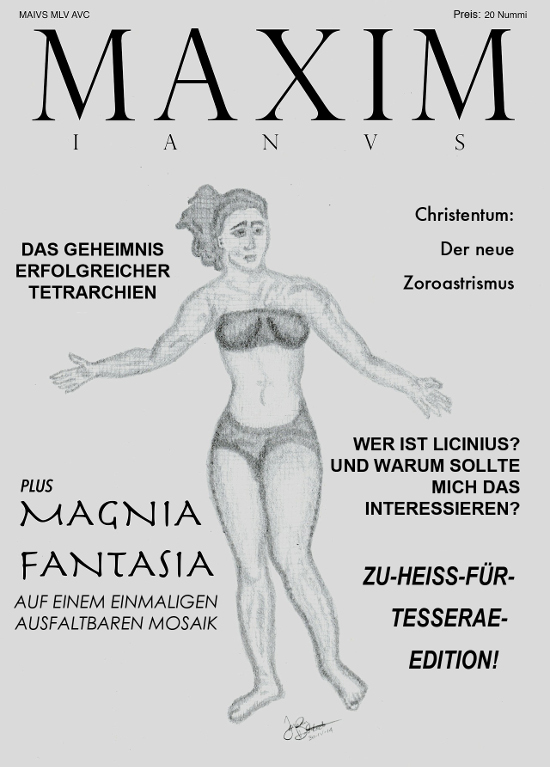 August 28, 2014 – The wonderful world of numismatics presents the perfect backdrop for a blending of history, art, and pop culture, with a healthy dose of puns thrown into the mix as well. Today’s cartoon is dedicated to the period of the tetrarchy: Maximian, the Media Mogul! 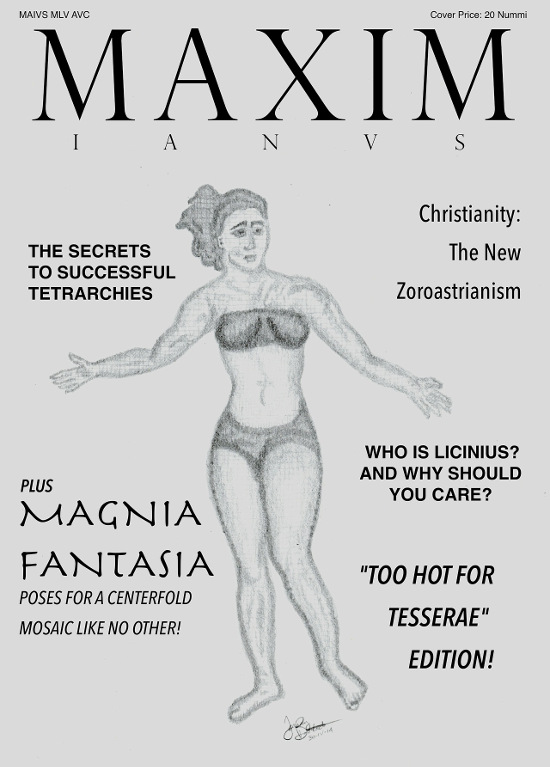 The Backstory…
The close of the 3rd/beginning of the 4th century saw the continued growth of the Roman Empire, so much so that proper governance was difficult to maintain, necessitating that it be split into two halves – east and west. Diocletianus, with his political acumen, administered the eastern half, while Maximianus, with his military brawn, administered the western half. Further compartmentalization was needed, with each Augustus appointing a Caesar to be their assistant. This tetrarchy allowed the massive empire to be better maintained – at least for the next century and a half. Political infighting and religious shifts aided in this eventual downfall. In the meantime, however, what better way to get one’s mind off territorial maintenance than with a magazine geared toward the issues at the heart and soul of every Roman soldier? Maximianus missed out on a major opportunity by not publishing this male-oriented periodical. 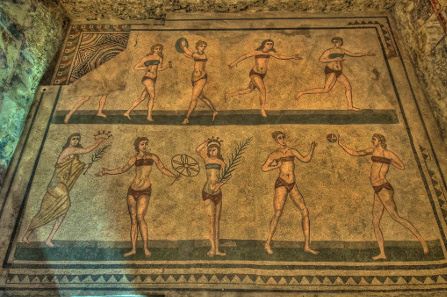 A view of the ‘Bikini Girls’ mosaic at the Piazza Armerina in Sicily (contemporary to this magazine’s ‘AD 302’ publication date). 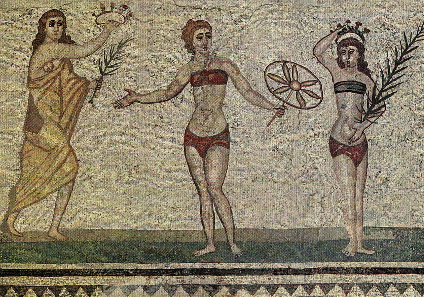 A close up of our girl. The name Magnia Fantasia seems like it would be an appropriate fit.

And if you want to have a look at the site where the Bikini Girls can be seen today, just read our numismatic diary of Sicily.