Since the 29th of October bids can be performed on the coins of the online auction 7 by Solidus Numismatik on the auction platform EMAX. 629 lots have been selected for this auction:

The auction starts with a few nice Celtic coins. It continues with Greek coins from Southern Italy, Northern Greece (among others extremely rare coins from Thrako-Skythian rulers), Macedonia (among them many tetradrachms and several extremely fine gold staters of Philipp II. and Alexander the Great), attractive silver coins from the Greek Mainland (including a probably unpublished stater of Akarnania) as well as samples of coinage from Asia Minor, e.g. some exceedingly well preserved pieces from Sinope in Paphlagonia.

These are followed by selected Roman Provincial coins with some rarities (e.g. Vespasianus Junior) and especially nice items.

Roman Republican and Imperial coins are represented with selected and partially extremely rare Denarii and Antoniniani of high quality and with nice portraits, furthermore with a few exceptional bronzes. 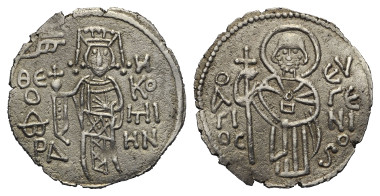 Many attractive Late Roman and Byzantine coins are offered in bronze, silver and gold. An extremely rare Tremissis of the Lombard king Desiderius from Lucca deserves special mention. Medieval coins comprise partially rare items from Germany, Austria and Europe as well as items from the Empire of Trebizond and of Georgia. A beautiful Asper of Theodora in top quality should be highlighted. 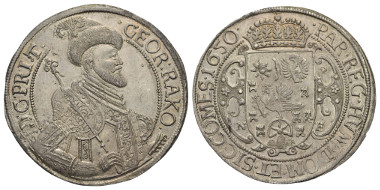 There are a lot of selected coins and medals of Early Modern Germany, Austria and Europe, among them several nice golden ducats with a focus on the Netherlands.
Finally an attractive series of Islamic coins with many rarities are on display, mainly coinage of the Ottoman Empire. The auction ends with a Theriacum cap and numismatic literature.
You may send your maximum offers before the auction – or participate in the live auction that allows you to bid on the lots in real time and influence the auction process directly, similar to a floor auction.
The live auction starts on Sunday, November 15, 2015, at 17.00 CEST
You can reach the auction on the platform EMAX following this link.
The auction can also be viewed via the platform Sixbid.
The coins can be viewed by appointment until Friday, November 13, 2015 in the office of Solidus Numismatik in Munich.
To visit the website of Solidus please click here.