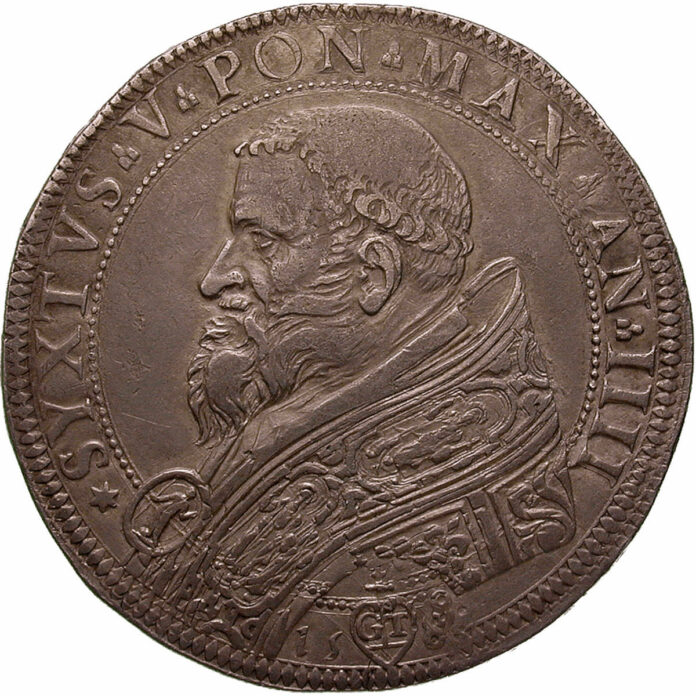 The Vatican’s finances were in a bad way in the 16th century. As the new pope, Sixtus V – here depicted on a 1588 silver coin – therefore relied on high taxes and rigorous saving. After a pontificate of only five years, he died as one of the richest rulers in Europe.