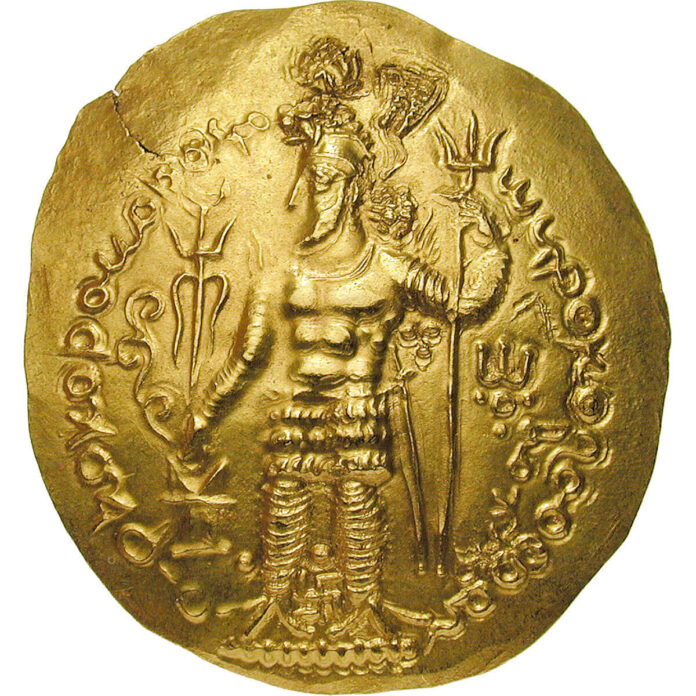 The Roman Empire was terrified of this man: Shapur II (ca. AD 310-379) was King of the Sasanian Empire and is shown on this stater wearing the typical dress of his people. His crown, on the other hand, is quite unique: no other king wore a lion scalp with a globe in the form of an artichoke.