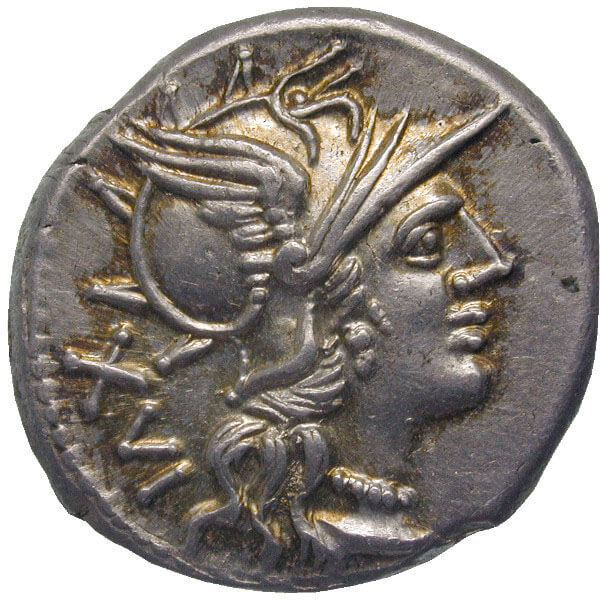 Today you will deal with a Roman denarius and put the head of Roma together. The personification of the Roman people on this 141 BC silver coin has a proud glare, but the special feature of this specimen is something different.

As the denarius tells us, the coin was originally worth 10 asses. But the value of these bronze coins had decreased and at the time our coin was minted, 16 asses equalled one denarius. Despite this development, denarii continued to feature the old figure X. Not in this case: this coin features the number XVI, the true value of the coin: 16 asses.