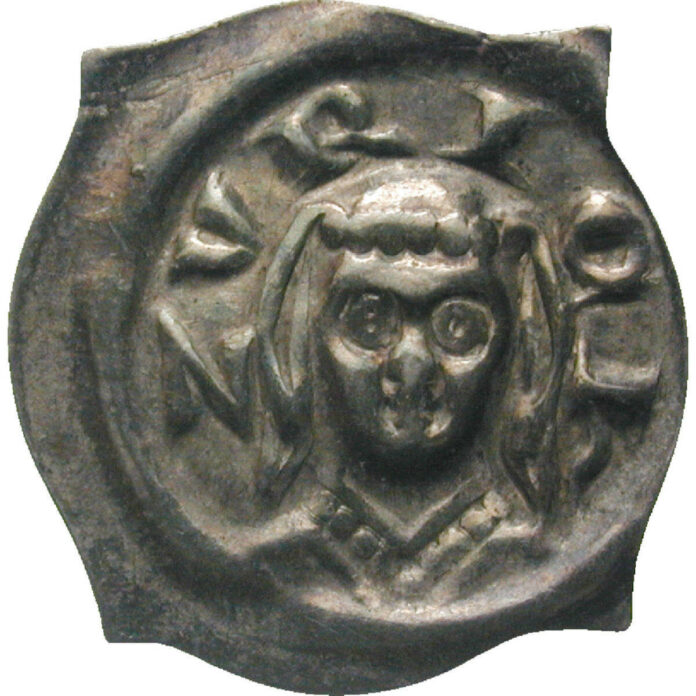 As a sign of their power, the abbesses of the Fraumünster in Zurich had the right to mint coins. But by the time they decided to depict themselves on their issues, as on this late 13th-century pfennig, they had already had to surrender much of their power to the citizens of the town.