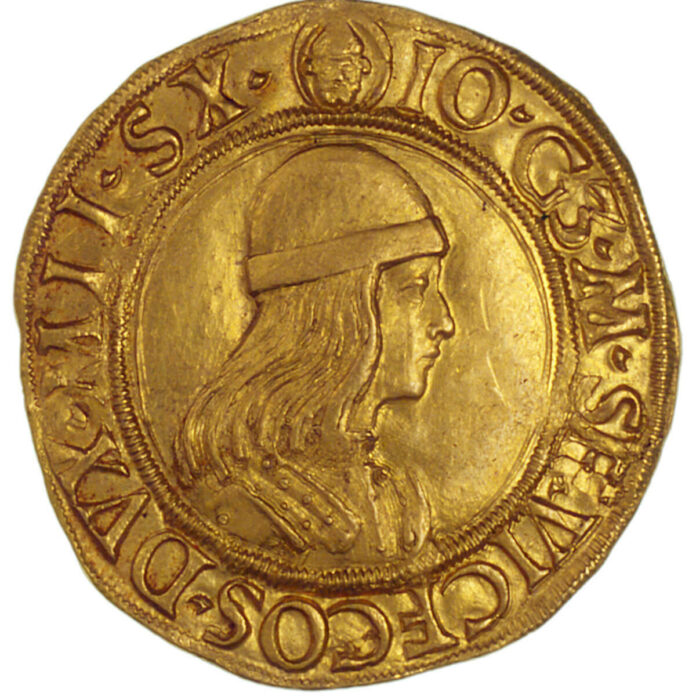 This gold double ducat from c.1475 depicts Gian Galeazzo Maria Sforza. In name – and in name only – the youth was Duke of Milan as he was under constant guardianship until his early death. What remains are coins minted for him depicting splendid Renaissance portraits.