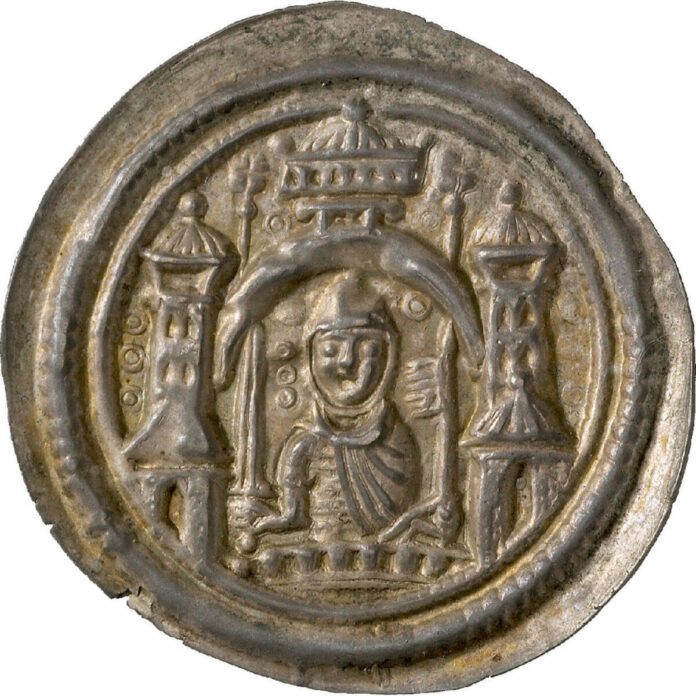 In the 12th century, Albert the Bear gradually expanded his territory until the royal chancellery bestowed his conquests to him as the Margraviate of Brandenburg. How did he present himself? Put together an image of Albert depicted on one of his denarii.