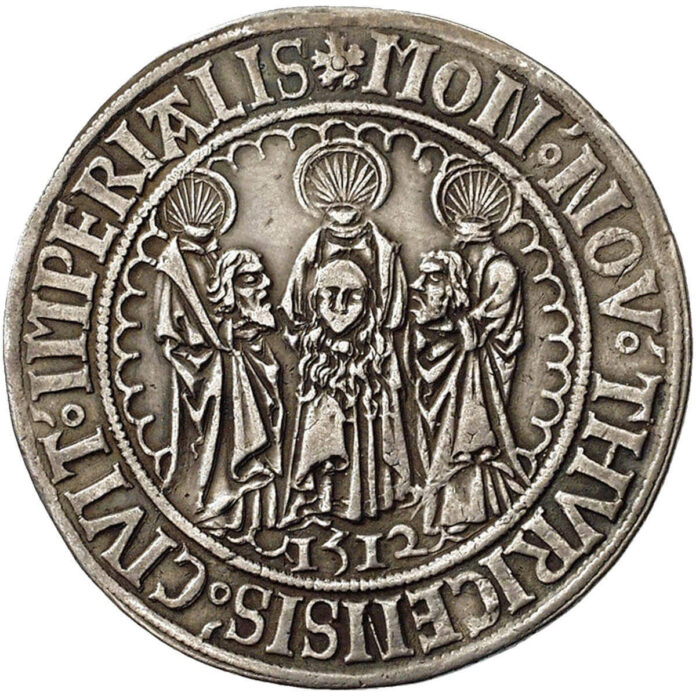 This 1512 Zurich silver taler appears to depict a horror scene: three people hold their heads in front of them. In fact, they are the city’s patron saints Felix, Regula and Exuperantius. They were persecuted and beheaded as Christians in ancient times – and thus became saints.