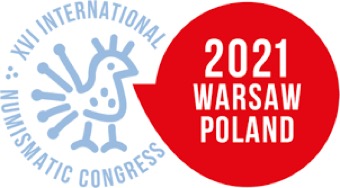 The next International Numismatic Congress is approaching. It will take place in Warsaw from 19 to 24 September 2021. The city is the perfect choice: Warsaw is located in the centre of Europe and thus offers ideal connections to all geographical areas. The initiator Aleksander Bursche has put it on his personal agenda to not only bring well-known faces to the congress, but to attract also as many colleagues from Eastern Europe as possible to come to Warsaw. Thus, in 2021 we will have the possibility to make our numismatic world even more colourful and connected. All of us can do something to ensure that the communication between East and West becomes more vivid. 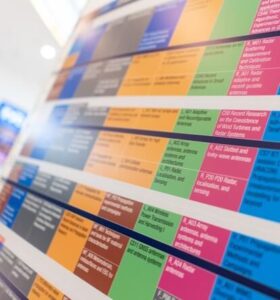 All those who haven’t decided yet whether to visit the congress or not should take a look at the website that has just been launched. It provides many good reasons for you to save in your calendar more than the five days scheduled for the actual congress!

The Location: The University of Warsaw

First of all, for all those who haven’t been to Poland yet: Warsaw is an unbeatable venue! The University of Warsaw combines historical tradition with the most modern facilities. Inter alia, the Auditorium Maximum will be available and the formal opening, the closing ceremony and the plenary sessions will take place here. The beautiful Old Library with its historic rooms will be as much part of the event as a tent set up specifically for the congress. In the latter, the posters will be displayed. In total, during the five days 45 lecture halls are available on the university campus, offering space for a total of 3,700 people. And for the formal gala dinner the Teatr Wielki – the “Grand Theatre” – was booked; usually the National Opera and the National Theatre are located here.

Let’s admit it: It will be hard not to skip one or two talks in order to visit Warsaw’s lovely old town with its adorable cafés and bars. And one would certainly have “numismatic” excuses because the Warsaw numismatists are already preparing to impress their guests from all over the world.

Several special exhibitions are planned, which will be opened ceremoniously during the congress. If you want to know what to expect, you can read our article “Numismatics in Warsaw”.

The organising committee succeeded in bringing on board the probably best-known congress organiser of Poland. Mazurkas Travel has almost 30 years of experience in successfully organising inspiring congresses.

And for those who cannot get enough of travelling: Mazurkas Travel is currently planning not only the congress itself, but a range of tours before and after the congress, all of which are so attractive that one doesn’t even know which one to choose. Medieval towns, Baroque castles, Renaissance buildings, miracles of nature such as the World Heritage Site Wieliczka Salt Mine and, of course, tragic memorials such as Auschwitz are among the possible tourist destinations. Last but not least, a trip to the Hutten-Czapski Museum in Kraków.

Together with the organisers, Mazurkas Travel plans to develop a social media strategy for the congress that involves Facebook, Twitter, Instagram – and whatever all their names might be – in order to promote numismatics beyond the circle of numismatists.

The registration is not opened yet, but one thing is certain already: The registration fees haven’t been increased. They amount to 150 euros for all those who decide quickly and are either INC members or students, and 300 euros for non-members. Later, this fee will be increased to 260 and 460 euros respectively.

This does not only include congress materials, coffee breaks and the participation in several receptions but also free entrance to numerous museums.

Amongst other things, the list of organisers demonstrates how important the preparation of this congress is to our Polish colleagues. The list reads like a who’s who of Polish numismatics. All the important institutions are on it:

Not only scholars from the University of Warsaw, but also from Katowice, Kraków, Rzeszów and Wrocław take part in the preparations. The most important numismatic museums are involved, amongst them the National Museums in Warsaw, Poznań and Szczecin, the Numismatic Collection of the Royal Castle in Warsaw and the Hutten-Czapski Museum in Kraków. The Polish Academy of Sciences and the National Bank of Poland are also represented.

And very good news for all collectors: The organising committee does not only consist of scientific institutions, but the Polish Numismatic Society is represented as well – that means that the interests of the collectors are also taken into account.

As you can see, the congress is a matter very close to the heart of Polish numismatists. They want to present their beautiful country, which has so much to offer when it comes to monetary history, to a broad public.

Thus, you should already save in your calendar (at least) the days between the 19 and the 24 September 2021. This appointment is an absolute must for all coin enthusiasts. After all, this global event only takes place once every six years.

Are you worried because you don’t know anyone there? I can guarantee you one thing: You will have many new numismatic friends when you return home. There is nothing that connects people better than the shared enthusiasm for numismatics.

August, 26. 2021
What should be discussed at the International Numismatic Congress in Warsaw in 2022? The deadline for submissions has been extended, so you can still submit your proposal!
error: