Naville Numismatics Live Auction 43 features a selection of 603 lots of Greek, Roman, Byzantine coins, all chosen with contribution from NAC’s experts. The sale will close on Sunday 23 September 2018, 16.00 UK time, at which time the live session will begin. Absentee bidders can bid electronically through Naville Numismatics website from the day the sale is published online up to the start of the live session.

The sale begins with a selection of coins, including bronzes and fractions, from Magna Graecia and Sicily, some of them from the E.E. Clain-Stefanelli Collection sold in association with Stacks Bowers Galleries. This section of the sale includes coins from rare mints such as Brundisium, Medma, Catana and Tauromenium, and also offers an attractive series of coins from Tarentum, Heraclea, Metapontum, Thurium, Croton, Athens and Corinth, even beyond a selection of Hellenistic portraits of Seleucid, Parthic and Ptolemaic kings.
Highlights include a rare trite of Sardes and a cistophoric tetradrachm of Laodicea of the highest rarity. 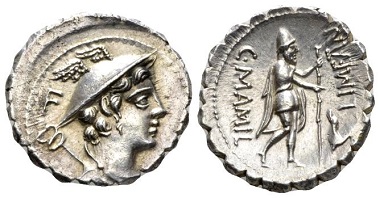 In this part, there is also an interesting selection of Republican portraits such as Marcus Antonius and Octavian. 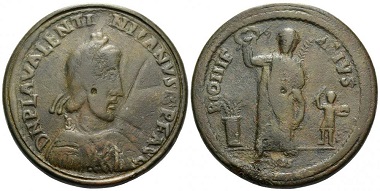 The Imperial selection of the sale features an attractive series of Augustus as well as an aureus with Caius and Lucius on reverse, a wonderful sestertius of Nero with the temple of Janus on reverse, a rare aureus of Domitian withe the emperor on quadriga on reverse, a very rare denarius of Pescennius Niger, and an interesting double sestertius of Trajan Decius. even beyond a selection of solidi, siliquae, denarii, tetradrachms, sestertii, dupondii and asses which included Claudius, Nero, Vespasian, Domitian, Trajan, Hadrian, Antoninus Pius, Faustina I, Lucius Verus, Lucilla, Marcus Aurelius, Commodus, Septimius Severus, Caracalla, Elagabalus, Gordian III, Philip I, Philip II, Julian II, Arcadius, Honorius and Theodosius II. 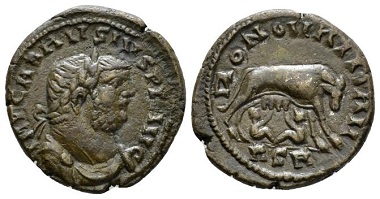 They are also remarkable as a very rare denarius of Carausius with the she-wolf suckling twins on reverse (Ex Lanz sale 76, 1996, 829) or the interesting and extremely rare Contorniate of Valentinian III (Ex Roma Numismatics e-sale 46, 2018, 876).

In addition the auction presents an interesting selection of Byzantine, Medieval and Modern World coins and Medals.

Giovanni Dattari was born in Livorno on 19th April 1858 and moved to Egypt with his family after the death of his father in 1875.
He is known to have been a keen and competent amateur-merchant of Egyptian antiquities and Greek and Roman coinage. His study in the family villa in Cairo was a common meeting place for archaeologists, Egyptologists and numismatists.
Dattari started his coin collection in 1891 and by 1894 it was comprised of 395 pieces in base silver and 2207 in bronze.
By 1903 the collection had grown to 6835 Alexandrian, 91 archaic Greek, 230 of Alexander the Great, 910 Ptolemaic, 19320 Roman coins and 630 lead and silver pieces and in the following years this number of coins more than doubled.