The auction features a selection of 763 lots of Greek, Roman, Byzantine coins, all chosen with contribution from NAC’s experts. The auction will close on Sunday 29 October, 16.00 UK time, at which time the live session will begin.

The sale begins with a selection of coins, including bronzes and fractions, from Magna Graecia and Sicily, most of them from the E.E. Clain-Stefanelli Collection sold in association with Stacks Bowers Galleries. This section of the sale includes coins from rare mints such as Aliffae, Orra, Sybaris, Morgantina and also offers an attractive series of coins from Tarentum, Metapontum, Thurium, Croton, Terina, Gela, Syracuse, and Athens, even beyond a selection of Hellenistic portraits of Seleucid, Parthic and Ptolemaic kings. 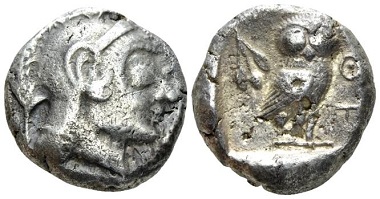 The Roman selection boasts an interesting series of Roman Republican bronzes and a striking array of denarii, again most of them from the E.E. Clain-Stefanelli Collection. This includes a beautiful quadrigatus, a brilliant denarius of Mn. Fonteius, two interesting denarii of Iulius Caesar, one with elephant and the other issued by the moneyer C. Maridianus and a rare denarius of Q. Nasidius. In this part, there is also an interesting selection of Republican portraits such as Iulius Caesar, Pompeius, Marcus Antonius and Octavian.

The Imperial selection of the sale features an attractive series of Augustus as well as an attractive aureus with Caius and Lucius, an electrotype of a sestertius of Gaius made by the British Museum, a wonderful sestertius of Titus, a sestertius of Trajan depicting the Portum Traiani on reverse and an interesting denarius of Pescennius Niger, even beyond a selection of denarii, sestertii, dupondii and asses which included Claudius, Nero, Vespasian, Domitian, Trajan, Hadrian, Antoninus Pius, Faustina I, Marcus Aurelius, Commodus, Septimius Severus, Elagabalus, Gordian III, Philip II and Philip II. 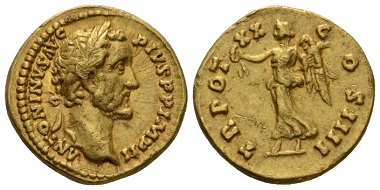 It is also remarkable a beautiful aureus of Antoninus Pius with the Victory on reverse.

In the Modern selection, even beyond, it is also important a very rare Ducat of Rhodes. 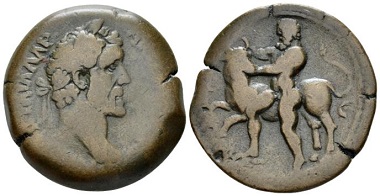 Dattari started his coin collection in 1891 and by 1894 it was comprised of 395 pieces in base silver and 2207 in bronze.
By 1903 the collection had grown to 6835 Alexandrian, 91 archaic Greek, 230 of Alexander the Great, 910 Ptolemaic, 19320 Roman coins and 630 lead and silver pieces and in the following years this number of coins more than doubled.
His corpus consists of 327 pages (of which four are missing); it begins with a bronze of Augustus and ends with an astonishing quantity of extremely rare issues of Domitianus. Dattari listed all the coins in his collection and reproduced them by pencil tracing over casts.

Dattari had already donated a substantial number of Alexandrian coins to the Museo Nazionale in Rome in 1920 and after his death the idea of donating his entire collection to the museum was prompted by his daughter Maria who wanted the collection to be made available to the public in a gallery dedicated to her father’s memory.

You may find all coins offered here.

Absentee bidders can bid electronically through Naville Numismatics website from the day the sale is published online up to the start of the live session.