Naville Numismatics presents its Live Auction 24. The auction will close on Sunday 17 July 2016, 16.00 UK time, at which time the live session will begin.

Absentee bidders can bid electronically through Naville Numismatics website from the day the sale is published online up to the start of the live session. The auction features a selection of 711 lots of Greek, Roman, Byzantine and Medieval coins, all chosen with contribution from NAC’s experts.

The sale begins with a selection of coins, including bronzes and fractions, from Magna Graecia and Sicily, all from the E.E. Clain-Stefanelli collection in association with Stack’s Bowers. This section of the sale includes coins from rare mints such as Centuripae, Orra, Mesma, Rubi and Solus. There is also an attractive series of coins from Tarentum, Metapontum, Paestum, Kroton, Gela, and Himera.

Highlights include a unique and unpublished didrachm minted in southern Italy during the Pyrrhus invasions and a lovely tetradrachm struck in Lilybaion by the Carthaginians.

From the section of Continental Greece, it is worth noting a selection of coinage from Athens and a duplicate from the BCD Lokris-Phocis Collection, as well as an Aspendus Stater (ex NAC sale 78, 2014, 1521).
The Roman Provincial part of the sale includes a variety of bronzes from Spain, Gaul, Macedonia, Thrace, and Corinth featuring specimens from Lanz’s 2001 sale n. 105 of coins from the BCD collection and an interesting selection of Alexandrine types. 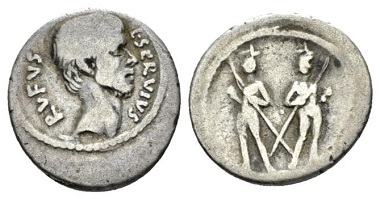 The Roman selection boasts an interesting series of Roman Republican victoriati and a striking array of denarii, again from the E. E. Clain-Stefanelli collection. This includes an extremely rare denarius of M. Volteius for the Ludi Apollonares, a very interesting denarius of Lollius Palikanus (ex Leu and from the Haeberlin collection), and a very rare denarius of L. Servius Rufus with a portrait of Brutus. 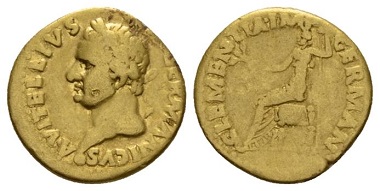 The Imperial selection of the sale features an attractive series of Augustus including some rarities. There is also a great selection of denarii including Galba, Vitellius, Vespasian, Domitian, Nerva and Commodus. Bronzes are featured from Trajan, Hadrian, A. Pius, Faustina I and Faustina II (ex NAC sale 78, 2014, 2291), as well as a rare sestertius of Caracalla (ex NAC sale 84, 2015, 1955) and an interesting as of Julia Mamaea. Other individual coins of note include a very rare aureus of Vitellius and an aureus of Trajan with a reverse that refers to the Alimenta Italiae.

The modern part of the sale includes a selection of Venetian ducati.

Lots can be viewed in our office in London, by prior appointment only.

To browse through the complete online auction catalogue click here.

Here you can find the Highlights of NN Live Auction 24.