Naville Numismatics presents its Live Auction 18, which will starting to close on Sunday 1st November 2015, 18.00 UK time, at which time the live session will begin.

The auction features a selection of 587 lots of Greek, Roman, Byzantine and Medieval coins, all chosen with contribution from NAC’s experts.

The sale begins with a series of coins from Magna Graecia and Sicily, including an interesting and very rare quartuncia of Cosa (ex Triton sale V, 2002, 3), probably one of the best specimens of this issue, and an extremely rare quadrans of Calatia (ex NAC sale 9, 1996, 4, NAC sale 21, 2001, 5 and from the ADM collection). 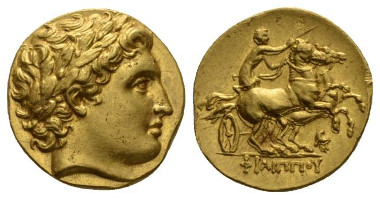 From the selection of continental Greece it is worth noting an exceptional gold stater of Philip II minted in Pella, with a previously unrecorded symbol (ex NAC sale 39, 2007, 24 from the Barry Feirstein collection). This part of the sale also includes nice specimens of Lysimachus, Athens, Myrina, and a small series of hecte from Phocaea and Mytilene. 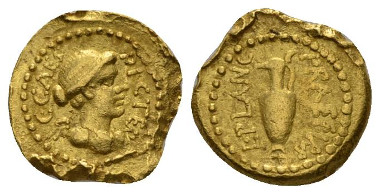 The Roman part of the sale boasts an interesting series of Roman Republican denarii and a selection of bronzes from the I. Vecchi 1996 sale n. 3, and from NAC auction 78. Coins of especial note include a very rare gold quinarius of Julius Caesar and an attractive denarius of J. Caesar, lifetime time issue with P. Sepullius Macer.

The Roman Provincial section includes a selection of bronzes form Spain, Gaul, Macedonia, Thrace, and Corinth featuring specimens from Lanz’s 2001 sale n. 105 of coins from the BCD collection, as well as an interesting series of Alexandria tetradrachms. An exceptional highlight is a rare bronze of M. Antony and Fulvia, minted in Tripolis (Phoenicia). 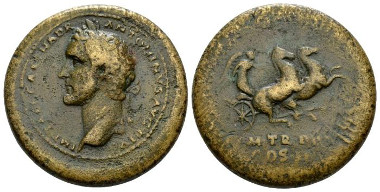 The Italian medieval part of the sale includes a nice selection of Venetian Zecchini.

You may find all offered coins on the website of the auction house.