The Munich-based auction house Gorny & Mosch will hold Auction 257 “Ancient Coins” and Auction 258 “Selected Coins from the Middle Ages to Modern Times” on October 15th and 16th, 2018. Two beautiful printed auction catalogs are available. Following the public auction, an e-auction will be held for the third time already on the weekend of October 20th and 21st.

1,035 ancient coins and medals will be sold by the auction house Gorny & Mosch at their own office premises in Munich on October 15th and 16th, 2018. Coin experts will be offered an extensive array of the most gorgeous coins and medals of exceptional grade, some of which will be presented below.

An overview of what is offered:

Auction 258 “Selected Coins from the Middle Ages to Modern Times” encompasses 521 lots. It includes the fourth part of the “Collection of an Aesthetic” which mostly contains German and European gold coins and medals of extraordinary provenances as well as numerous special pieces. 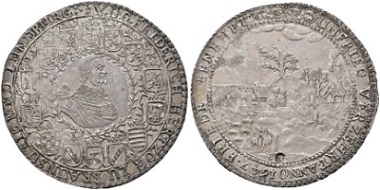 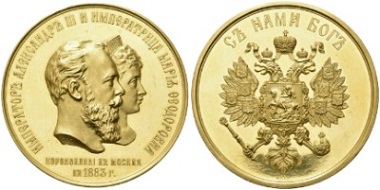 Following the public auction, an e-auction will be held for the third time already the following weekend. On October 20 from 2:00 pm on, ancient coins and lots will be auctioned. On October 21, medieval and modern coins and medals will be sold starting at 10:00 am. 1856 lots of reasonably priced items and all other lots will be auctioned off. You will find the online catalog divided up into antiquity and modern period online.