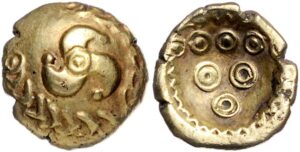 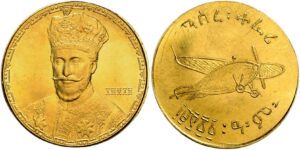 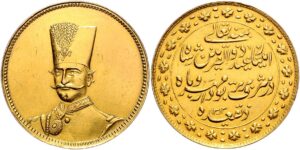 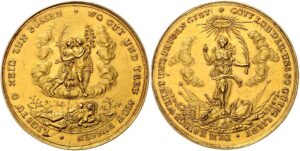 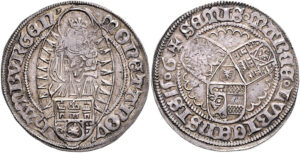 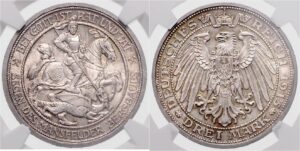 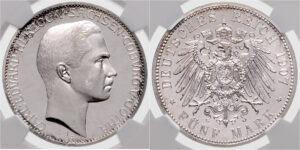 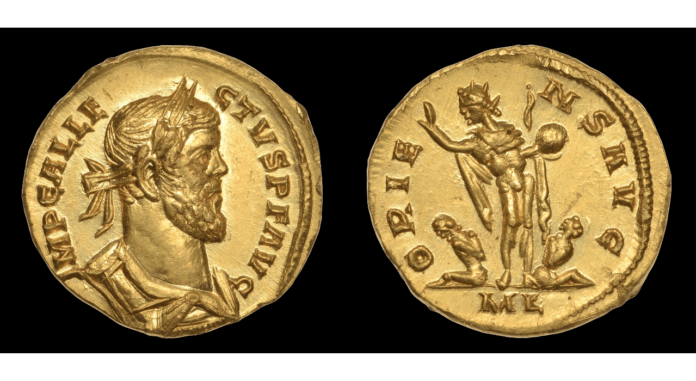 Aureus of Allectus Discovered by Detectorist at Dix Noonan Webb

Little did a 30-year-old metal detectorist know when he went out one Friday in March with his brother that he would make his greatest discovery to date by finding a very rare Roman gold coin dating from AD 293-296 in a newly ploughed field in Kent! It will be offered by Dix Noonan Webb, the international coins, medals, banknotes and jewellery specialists in their auction of Coins, Tokens and Historical Medals on Wednesday, June 5, 2019 at their auction rooms in central Mayfair – 16 Bolton St, London, W1J 8BQ. It is estimated to fetch £70,000-100,000.

The coin, known as an Aureus – a gold coin of ancient Rome, is relatively small, 4.31grams in weight and only a bit bigger than a 1-pence. Dating from the reign of Allectus, it was found near Dover, Kent, adjacent to a Roman road.

The detectorist, who has had the hobby for seven years, wishes to remain anonymous but explains: “I had permission to be on the land by the owner and I spotted the newly ploughed area of a field – at first we found bits of old tractors and shotgun cartridges, but after
45minutes I found the coin. I still can’t really believe what I discovered! It is my greatest find by miles – I initially thought it was a half sovereign, but I gently sprayed it and it started to gleam.”

He continued: “I was sure it was a fake, but decided that it was real as it was so heavy. I contacted the British Museum, who asked me to take it to show to their expert, Dr Sam Moorhead. He was able to confirm that the coin is die-linked to a coin in the British Museum collection (a coin found at Silchester in the 19th Century). It appears to be the first Allectus gold coin reported as being found in over 50 years.”

As Christopher Webb, Director and Head of the Coin Department noted: “This is a unique opportunity to acquire a stunning and extremely rare Aureus. It is only the second found in Kent, and is the first to be sold at auction. We are extremely pleased to be selling this coin that despite its age, it has the original colour and only a few tiny marks on bust and minor scrapes on edge.”

He continues: “There are only twenty-four Aurei of Allectus known with nineteen different obverse dies recorded. This coin is a die match to one in the British Museum. Gold was initially produced to pay an accession donation in AD 293 but continued to be issued throughout his reign and were probably demonetized after his death in AD 296, as no coins of Carausius or Allectus are found in later hoards.”

Allectus is described as the minister of finance, praetorian prefect, ally and co-conspirator under the usurper Carausius. This new independence of Britain was based on a strong naval force of at least two fleets controlling the English Channel and the North Sea. As a result of the loss of Boulogne in Gaul on 1 March AD 293 to the emperor Constantius Chlorus, it is believed that Carausius was then murdered by Allectus. Little is known from historical records about Allectus, his name in Latin translates as chosen or elected, but his well produced coinage indicates a smooth transition and the issue of a new denomination, decorated with a series of war galleys as the reverse design which was seen as innovative.

In early AD 296 Constantius together with the praetorian prefect Julius Asclepiodotus sailed in two separate fleets, one from Boulogne, the other from the mouth of the Seine which slipped past the Allectan ships waiting by the Isle of Wight (Vectis) in a sea fog. Allectus was defeated and killed in a land battle probably in Hampshire by Asclepiodotus, and Constantius arrived in London to reclaim Britain.

The most expensive coin sold at Dix Noonan Webb was in September 2014, when a unique version of a rare gold coin minted during the reign of Augustus Caesar, the first and greatest of Rome’s emperors, sold for £480,000 – making it one of the world’s most expensive Roman coins.

Public viewing is held two days before the sale between 10am – 5pm.

For more information and the complete auction catalogue go to the Dix Noonan Webb website.

5. September 2019
Dix Noonan Webb offers a Roman Solidus of the Emperor Constantine I in almost perfect condition found by a metal detectorist and estimated at over £10,000. On the same day the auction house will hold its first auction devoted to Russian coins and medals.
We use cookies on our website. If you continue to use this site we will assume that you agree with that.OKRefusePrivacy policy
Revoke cookies