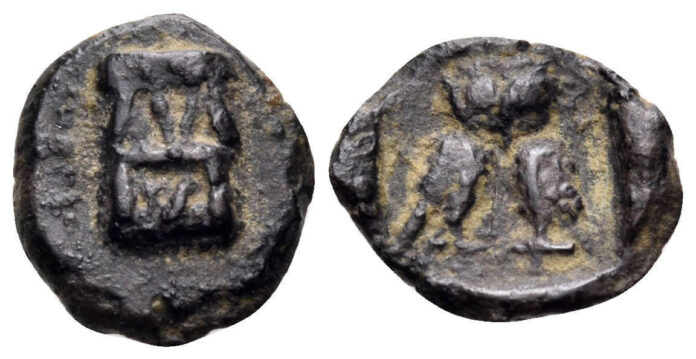 Obolos 21: A Good Start Into the New Year for Nomos

Yes, indeed, the New Year began with a bang! Numerous collectors and dealers, all fully recovered from the New Year’s Eve festivities (or, at least, once again compos mentis) rushed to bid on the Obolos 21 coins, culminating in huge last second battles for lot after lot.

The total of the Starting Prices for the auction’s 1157 lots was 142,035 CHF, but the total Hammer Price (without the buyers’ premium) was a very healthy 321,108 CHF! The usual realized prices ranged from around the starting price itself to the double, but many, many went much, much higher! Let’s look at a few:

All results of Obolos 21 can be viewed in the online catalog.

December, 23. 2021
Obolos 21, which will be closing on 2nd January 2022, contains 1,157 lots from all over the ancient world, as well as medieval and some early modern coins too. The sale features a good number of extremely rare ancient coins as Alan Walker explains.