Gregory VII must have sighed with relief when he heard that the Norman duke Robert Guiscard had returned to the country. But Robert was not much help to him. Three of Henry’s attacks the Pope had to avert more or less on his own. In the spring of 1084, however, the Romans surrendered. 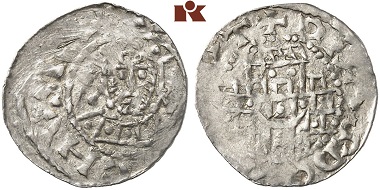 The German king entered the Eternal City in triumph. Gregory had barricaded himself in the Castle of the Holy Angel and virtually had to watch the antipope Clement III put the emperor crown on Henry IV’s head on March 31st. Although the situation became increasingly risky for Gregory, Robert would not be rushed. It was not until the beginning of May that he set his troops in motion. A cavalry of 6,000 men as well as 30,000 foot soldiers are said to have marched towards Rome at the time. That was quite an impressive army. As soon as Henry heard about it, he ordered the Romans to defend themselves as his loyal city against the enemy, and then departed at a speed which allows us to denote it as fleeing. 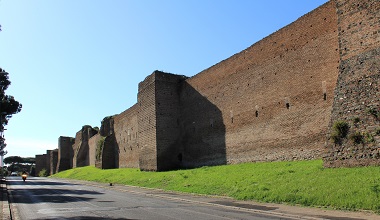 Not even the Aurelian walls could keep the Normans away from seizing and plundering Rome.

Now the Romans had a problem. No one wanted the Normans in the city. But a military opposition was impossible. Thus, the city fathers found a compromise: they did not fight the Normans, but they kept the city gates locked. That was fatal mistake. It took Robert Guiscard only three days to break the desultory opposition. He now considered Rome conquered. And the bitter fate of a conquered city was plunder. 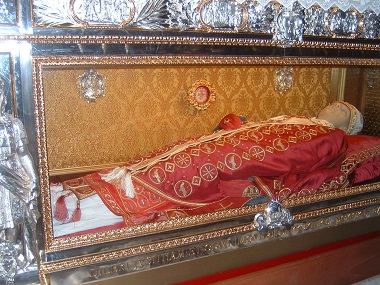 Gregory was freed but had to watch the Norman fighters indulge in one of the best pillages they had ever had. It comes as no surprise that Pope Gregory did no longer enjoy the sympathies of the Romans. He had to leave the city unless he wanted to risk being lynched by angry citizens. Alongside the Normans, he made his way to the south, to Salerno, where the abbot of Monte Cassino generously provided him with all necessities of life until the disempowered pope died in exile a few months later. 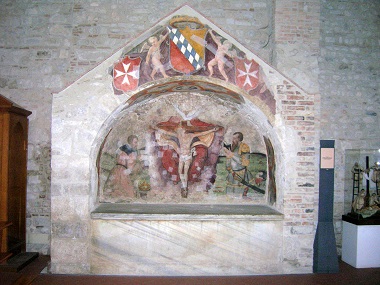 Robert Guiscard was buried in the family grave of Hauteville in Venosa.

While Gregory was still fighting death, the now 68-year-old Robert had already set off to conquer the Balkans. But there he bit off more than he could chew. After some initial success, an epidemic broke out within the Norman troops. It is said to have been typhus. The duke, too, fell victim to it. Robert Guiscard died in the summer of 1085, presumably on July 17th.

When he was born, he had nothing to show but his knightly ancestry, but his heirs received a powerful empire that enclosed all of Calabria and Apulia as well as half of Sicily. The Balkans, however, would never be part of it. Their conquest ended with the death of Robert. His sons then made a hasty departure towards their homeland to dive into the fight over the bequest.

In the next part of this series, we will report on how the fight between Roger’s sons developed and what this conflict meant for Sicily.

And if you want to see more pictures of Sicily, we recommend you take a look at our series “Sicily in full bloom”.