Nicolò Tron, Doge and thereby highest authority of Venice between 1471 and 1473 presented himself on “his” coins in full vestment: in a red coat, gold-embroidered and ermined, and – as it was common for the Doges since the 14th century – with the “corno ducale”, a horn-shaped ducal hat. But the image of the Doge in his magnificent attire distorts a reality in which the ruler Nicolò Tron had long ago lost all his power. 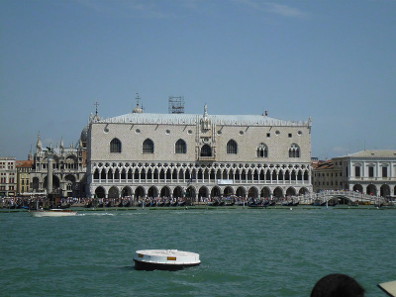 Previously appointed administrator of the island republic by the Byzantines, the “dux” or Doge, as they called him now, was elected directly by the Venetians since the turn of the millennium. Winning this right had been a hard fight. Even then, the Doge wasn’t a sole ruler and unable to make the office inheritable within his family. Since the mid-12th century, he found himself surrounded by an increasing number of advisory councils, whose members were really holding the reins of power. Our Nicolò Tron, then, was merely the highest bureaucrat in a state whose politics were controlled by five correctors with enough authority to put even the Doge in his place. 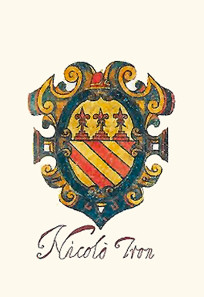 It was under Nicolò Tron that the Republic of Venice implemented one of the most significant coin reforms in its history. The problem that Venice’s merchants were facing was that in the city the “piccoli” were in circulation, billon coins of low value. This offspring of the Carolingian denarius was of no use in everyday commerce. To buy but a glass of wine you already needed several coins. So the trade urgently needed new silver coins of worth to close the gap between the small change and the golden ducats. In May 1472, the council decided to mint such a silver coin. Today, it is referred to as Lira Tron: “lira” after the Italian word for “pound” – because the coin was the equivalent of 240 of the old piccoli or the arithmetic unit of one pound at the time – and “Tron” after the Doge whose portrait decorated the coin’s obverse.

Nicolo Tròn, this insignificant man, was to remain the only Doge ever to be recognisably portrayed on one of the island republic’s coins. After his death, all current lire were taken out of circulation and replaced by new ones, which took up the old motif of the Doge kneeling in front of Saint Marcus again. The merchants wanted the Doge impersonal, merely as symbolic representative of the city and above all meaningless. After all, he was only their titular superior, but de facto the first among equals, never to develop personal ambitions.

Next episode will be all about one of Nicolò Tron’s namesakes and we’ll tell you why Nicolò d’Este was such a fan of Hercules that he even named his son after him.