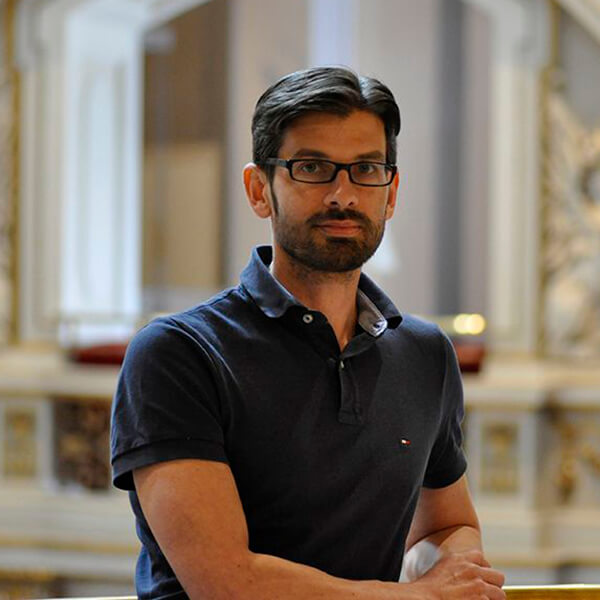 Numismatist and director of the Vienna Coin Cabinet

Klaus Vondrovec (*1976) is an Austrian numismatist. He studied Classical Archaeology and Numismatics at the University of Vienna. In the course of his studies, he already did research in the field of money circulation in Roman Austria. Thus, his diploma thesis and his dissertation were dedicated to ancient coin finds from Ovilavis/Wels and Carnuntum. Both works were created in the context of the long-term project “Fundmünzen der Römischen Zeit in Österreich” (FMRÖ, Coin Finds of Roman Times in Austria) of the former numismatic commission of the Austrian Academy of Sciences (ÖAW). After this, he started working in 2007 for the national research network “The Cultural History of the Western Himalaya from the 8th Century”, where he studied the coinage of the Iranian Huns.

In 2008, Klaus Vondrovec became curator for ancient coins at the Coin Cabinet of the Kunsthistorisches Museum in Vienna. In this position, he was particularly involved in the digitization of the collection, new acquisitions and museum research. Klaus Vondrovec curated several exhibitions and fostered cooperation with other coin cabinets. In addition to numerous research stays in the Middle East and almost all major coin collections of the world, Klaus Vondrovec received the Kraay Travel Scholarship of Oxford in 2011 and was Visiting Scholar at the Eric P. Newman Graduate Seminar of the American Numismatic Society in New York in 2016.

A major ambition of Klaus Vondrovec is not to limit his activities to conveying academic content but to raise understanding of numismatic and museum activities; more than 80 public lectures testify to this. In 2016, Klaus Vondrovec qualified as a university lecturer for numismatics and monetary history at the University of Vienna with the monograph “Coinage of the Iranian Huns and their Successors from Bactria to Gandhara (4th to 8th century)”, and held several lectures on ancient numismatics at the Institute of Numismatics and Monetary History.

Klaus Vondrovec has been director of the Vienna Coin Cabinet since 2021.

If you want to contact Klaus Vondrovec, you can write him an email.

You can find his publications at academia.edu.

The two-volume work “Coinage of the Iranian Huns and their Successors from Bactria to Gandhara (4th to 8th century CE)” can be purchased from the publishing house of the ÖAW.

On the KHM website, you can find out more about the research projects of the Vienna Coin Cabinet.

Visit the interactive catalogue of the Vienna Coin Cabinet (IKMK).

Thanks to various sponsors, Klaus Vondrovec was able to purchase the Lindpaintner Collection for the Vienna Coin Cabinet (we reported in German only).

Klaus Vondrovec spoke about the acquisition in a lecture (in German):