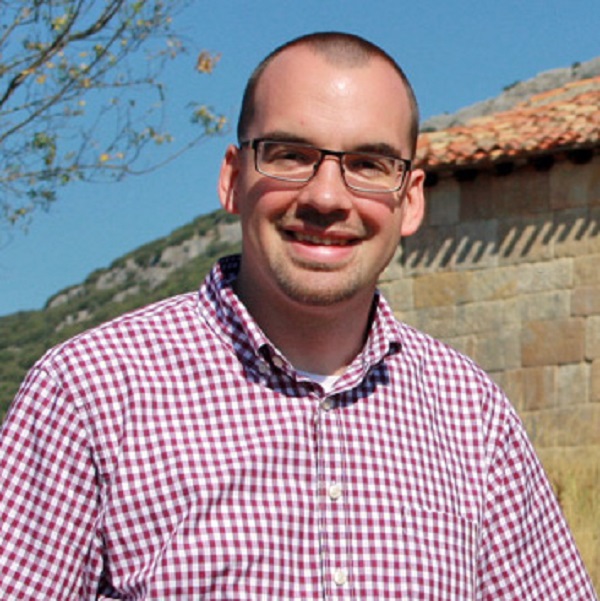 Historian and numismatist focusing on medieval and modern times, Director of the Museum Abtei Liesborn

Sebastian Steinbach’s (* 1978) interest in numismatics and the history of coinage was sparked for the first time when he attended a lecture of Prof. Bernd Kluge, dealing with medieval numismatics from the 5th to the 9th century, at the Humboldt University of Berlin. Between 1998 and 2003, he studied Medieval History, Medieval German Literature, and Sociology at the same institution. He obtained his Master’s degree with a thesis on the structure, politics, and effect of the coinage under the Ottonian ruler Henry II (1002-1024).

From 2004 to 2006, Sebastian Steinbach held a scholarship at the MittelalterKolleg of the “Institut zur interdisziplinären Erforschung des Mittelalters und seines Nachwirkens” (IEMAN) at the University of Paderborn. There, he finished his doctorate in 2009, with a thesis on the monastic coinage and use of money in the Ottonian and Salian reign (ca. 911-1125).

Between 2006 and 2016, he worked as an expert on medieval coinage at Fritz Rudolf Künker GmbH & Co. KG in Osnabrück. He is known to many collectors through his work on the catalog of the De Wit Collection and a comprehensive collection of Irish coins (“The ‘KIWI’ Collection – 3.500 Jahre irisches Geld in 190 Münzen und Marken”, 2010), as well as several presentations and articles which also address the layperson.

During this time, he held lectureships for Medieval History and Auxiliary Science at the universities of Paderborn and Osnabrück, the FernUniversität Hagen and the Westfälische Wilhelms-Universität in Münster.

In 2015, Sebastian Steinbach obtained his postdoctoral lecture qualification at the University of Osnabrück. His treatise dealt with the monetary system and coinage as economico-historical sources for the ethnical identity and the organization of power in the Visigoth Kingdom of Spain (ca. 572-714). From 2016 to 2019 he was visiting professor for Medieval History and Auxiliary Science at the Westfälische Wilhelms-Universität in Münster and the Ruprecht-Karls-Universität in Heidelberg. During this time, Sebastian Steinbach also worked as Research Associate at the University of Osnabrück, Department of History, Economic and Social Section.

Since October 2019, he has been curator of the coin cabinet of the Lower Saxony State Museum. He was appointed representative of Lower Saxony to the Numismatic Commission of the States of the Federal Republic of Germany. He continues teaching as a private lecturer at the University of Osnabrück. In 2018, Sebastian Steinbach was awarded the prize of honour of the Gesellschaft für Internationale Geldgeschichte (Association for International History of Money) and the Walter-Hävernick-Preis for his research on numismatics and monetary history.

Most recently, Sebastian Steinbach was appointed Director of the Museum Abtei Liesborn.

Sebastian Steinbach can be reached via email at the University of Osnabrück and the State Museum in Hannover.

You can find him on the University of Osnabrück website.

Here you can find the website of the Museum Abtei Liesborn.

Some of his publications can be viewed on academia.edu.

The De Wit Collection has an excellent entry in German Wikipedia.

You can download the three De Wit catalogs as a PDF file:

His XING profile can be found here.

The review of a book to which Sebastian Steinbach contributed can be found on CoinsWeekly.