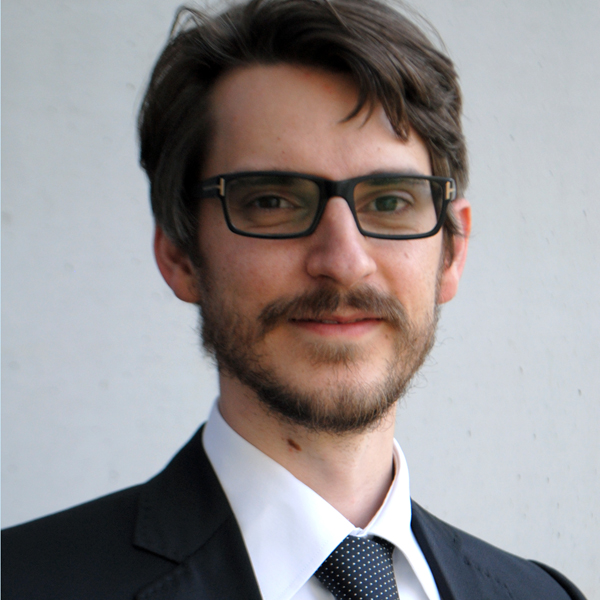 Numismatist with multiple historical interests, Professor of History in Graz

Romedio Schmitz-Esser (* 1978) studied History and Art History in Innsbruck. Already during this time, he was engaged in the museum “Alte Münze” (Old Mint) at Hasegg Castle in Hall in Tyrol, where he worked as a coiner for tourists. This was the beginning of a close relationship with numismatics and the history of coin minting technology. As a numismatist, his foci are the 15th and 16th century-Tyrolean coinage and the development of the roller coining technology.

In 2003, Romedio Schmitz-Esser received the grant for students of the “Richard & Emmy Bahr Stiftung in Schaffhausen”. In 2004, he held a scholarship at the “Österreichisches Historisches Institut in Rom“. In 2005, he finished his doctorate at the University of Innsbruck. For his PhD thesis dealing with Arnold of Brescia as reflected in eight centuries of reception, he was awarded the Theodor Körner Prize for Science and Art in 2005.

From 2005-2008, Romedio Schmitz-Esser was a town historian of the city of Hall in Tyrol, where he deepened his numismatic knowledge. He also fosters an interest in epigraphy. Together with Werner Köfler, he edited the inscriptions of the Tyrolean Oberland (“Die Deutschen Inschriften”, vol. 82, 2013).

In 2007, Romedio Schmitz-Esser curated the exhibition “Der Taler um 1500. Eine Haller Münze zwischen Arm und Reich” (translates as “The Taler Around 1500. A coin from Hall between rich and poor”). In his catalog (special edition of the Hall Mint), he tried to combine social history and numismatics. Within the scope of ICOMOS and in numerous papers and publications, Romedio Schmitz-Esser transferred the history of the coinage of Hall in Tyrol into an international, numismatic framework.

In 2008, Romedio Schmitz-Esser became Assistant Professor at the Ludwig-Maximilians-Universität (LMU). During this time, he intensified his historico-cultural interests. As Feodor Lynen Research Fellow of the Alexander von Humboldt Foundation, he spent 2011/12 at Duke University in North Carolina, USA. At the LMU Munich, he received a lecturing qualification for Medieval History and Historical Auxiliary Sciences in 2013 with the work “Der Leichnam im Mittelalter. Einbalsamierung, Verbrennung und die kulturelle Konstruktion des toten Körpers” (translates as “The Corpse in Medieval Times. Embalming, cremation and the cultural construction of the dead body”). For this study, published in 2014, he was awarded the Carl Erdmann Prize of the Association of German Historians.
In March 2014, Romedio Schmitz-Esser taught at Jinan University in Guangzhou, China as Short-Time Lecturer. He was Director of the German Center for Venetian Studies from 2014-2016. Since 2017, Romedio Schmitz-Esser has been Professor of Medieval History and Historical Auxiliary Sciences at the University of Graz.

Romedio Schmitz-Esser is co-initiator of the international DFG network “Neue alte Sachlichkeit: Realienkunde der Mittelalter in kulturhistorischer Perspektive” (translates as “New Old Objectivity: The Study of Realia of the Middle Ages in Historico-Cultural Perspective”). He is one of the editors of the series “Venetiana” of the German Center for Venetian Studies and the “Beihefte zur Mediaevistik”. He is also a member of the Scientific Advisory Board of the journal “Mediaevistik”.

He has his own entry in German Wikipedia.

On the LMU Munich website, you can find him here.

His book “Der Leichnam im Mittelalter” can be ordered here. This is the book’s second edition already!

This is his academia.edu profile.