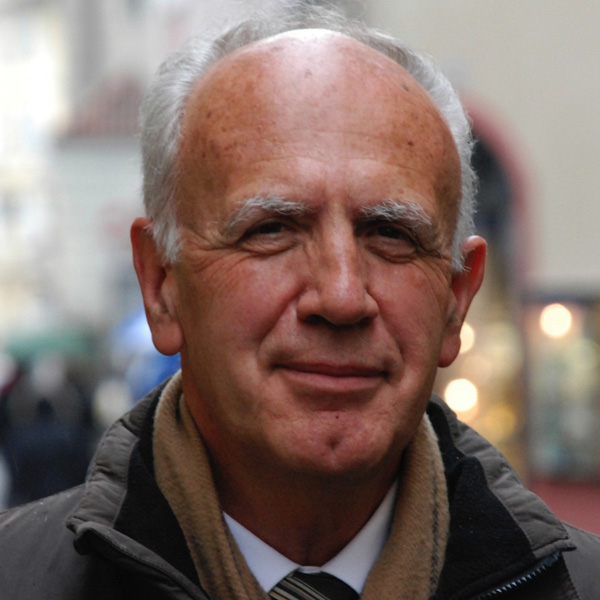 Economic historian, numismatist and President of the Foundation Castles of Bolzano

Helmut Rizzolli (*1940 in Bolzano) finished his studies in Florence with the economic historian Armando Sapori with a doctorate in Economics in 1963. Afterwards he took over his father’s company, located in the Bolzano arcades. In 2000, he transferred his father’s hat and shoe manufacturing business, founded in 1870 by Franz Rizzolli, to his son Thomas, who continues to lead this long-established company. Until 1979, Helmut Rizzolli taught Economics at the ‘Handelsoberschule’ (high school with a focus on economics) in Bolzano.

Aside from his professional career, Helmut Rizzolli, in the course of his studies at the historical faculty at Innsbruck University, wrote a second dissertation. Published in 1991, it dealt with the history of coins of the old Tyrolean area prior to 1363. In 2000, Helmut Rizzolli earned his postdoctoral lecture qualification at Innsbruck University in Medieval and Post-Medieval Archaeology with a special focus on the monetary and coinage systems. His postdoctoral thesis became the second volume, published in 2006, of his series about the history of the coins of the old Tyrolean area, focusing on the Merano Mint under the Habsburg dynasty until 1477, as well as the Lienz and Toblach Mints under the house of Gorizia. Both volumes are considered standard references to this day. In 2012, because of his multi-year lectureship at university, Helmut Rizzolli received the title of Honorary Professor from the Rector of Innsbruck University.

Helmut Rizzolli has published numerous articles and books, many of which cover the economic and the monetary history of Tyrol and Northern Italy. In his work he likes to question historical “facts”, and reinterprets occurrences on the basis of economic history. A good example is his contribution “Die Rolle der Florentiner und der Juden bei der Übergabe Tirols an die Habsburger“ (translates as “The role of the Florentines and the Jews during the transfer of Tyrol to the house of Habsburg”), published in Tatort Tirol, Runkelsteiner Schriften zur Kulturgeschichte, volume 5 (2013), pp. 103-124. Most recently, in 2016, together with Federico Pigozzo, he has published volume 8 of the Runkelsteiner Schriften zur Kulturgeschichte: “Der Veroneser Währungsraum – Verona-Tirol“ (“The Veronese currency area – Verona-Tyrol”), which is also available in Italian.

As President of the Association for the Beautification and Protection of the Homeland of Bolzano-South Tyrol, Helmut Rizzolli supported the preservation of the South Tyrolean nature and building landscape. Beginning in 1995, as Local Councillor, he was President of the Town Planning Committee for 10 years and City Councillor for Economics for 5 years.

He earned special merits for his involvement in the restoration and enhancement of Runkelstein Castle (finished in 2000), and the ruin of Rafenstein Castle (finished in 2014). Since 2007, he is President of the Foundation Castles of Bolzano, for which he has curated many exhibitions and started a scholarly publication series on the topic of Tyrolean regional studies.

In 2009, for his scholarly merits, Helmut Rizzolli was awarded the Golden Cross of Merit by the President of the Republic of Austria.

On the website of Innsbruck University, he is registered as cooperation lecturer.

Let Helmut Rizzolli guide you through the “Verona – Tyrol” exhibition on YouTube – in German and in Italian.

Runkelstein Castle is worth a visit!

Here, you will find a German article from May 24, 2014, about the newly opened ruin of Rafenstein Castle.

You may find the books of the series “Runkelsteiner Schriften zur Kulturgeschichte”, initiated by Helmut Rizzolli, here.

They are available in the museum shop of Runkelstein Castle or at Athesia publishing company.

CoinsWeekly has visited Helmut Rizzolli in Bolzano and reports about it in the “Springtime in Turkey” diary.

If you would like to know more about the Rizzolli family business, please visit this website in German or in Italian.

Bolzano has a mercantile museum, which is located in the old fair court of the trading town of Bolzano. Of course, Helmut Rizzolli contributed to this as well.

By the way, CoinsWeekly has more than once reported about exhibitions and books, which Helmut Rizzolli was involved in. For example: “The Veronese currency area”.