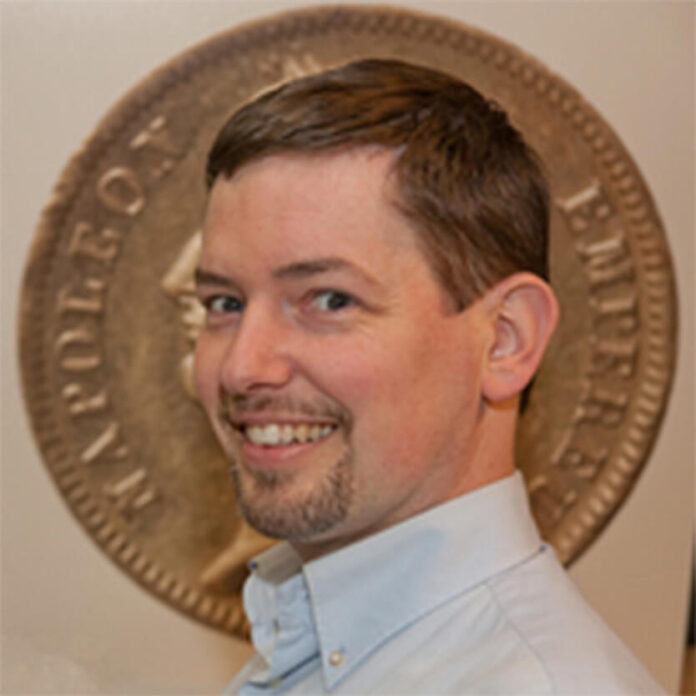 Jan Pelsdonk (*1971) became interested in numismatics in 1981. He studied history at the Erasmus University in Rotterdam, during which period he worked as volunteer on coin finds at the Royal Coin Cabinet in Leiden. Since the end of the nineties, he is a professional numismatist.

At the Geldmuseum (Utrecht), Pelsdonk managed the Dutch coin finds database NUMIS. In this period the database grew with circa 250,000 finds. After the Geldmuseum was closed down in 2013, he started Dutch Numismatics, a freelance company for numismatic research.

As part-time curator of the numismatic collection of Teylers Museum, he researches the pedigree and history of the objects. The foundation of the collection was laid by Pieter Teyler van der Hulst (1702-1778), of whom still some 2,000 medals are in collection today.

Since 2016, Pelsdonk is also Editor in Chief of the numismatic magazine De Beeldenaar and since 2013 the Dutch delegate of the International Art Medal Federation FIDEM.

For his work, in 2012 he received the Medal of Merit from the Royal Dutch Numismatic Society, and in 2016 Cuhaj Award of Distinction.

More information about him is available on Academia, LinkedIn, and Orcid.

Visit the official website to get an impression of the Teylers Museum.

And this is the website of Jan Pelsdonk’s own business Dutch Numismatics.