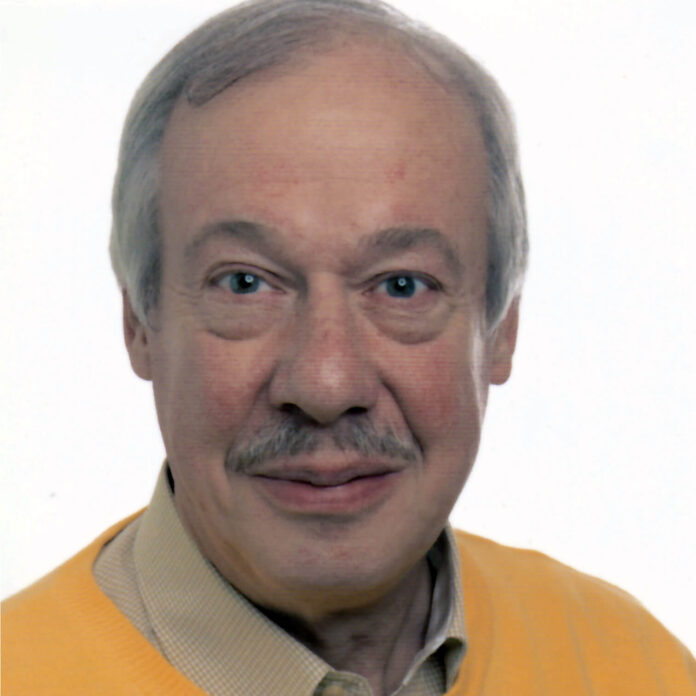 Johannes Nollé (*1953 in Aachen) studied History, German Studies, Education, and Political Science at RWTH Aachen University and Classical Philology, Ancient History, and Archaeology at the University of Cologne. In 1981, he earned his doctorate in Cologne with his dissertation: “Nundinas instituere et habere: Epigraphische Zeugnisse zur Einrichtung und Gestaltung von ländlichen Märkten in Afrika und in der Asia [Epigraphic evidence of the establishment and design of rural markets in Africa and Asia].

Even then, his work was already focused on the fundamental studies of ancient history: numismatics, epigraphy, and papyrology. It was around this time that Wolfram Weiser awakened Prof. Nollé’s love of numismatics. From 1979 to 1982, he contributed to “Inschriften griechischer Städte aus Kleinasien” [Inscriptions from Greek cities in Asia Minor], a major project initiated by Reinhold Merkelbach, by collecting inscriptions from Ephesus. He also became Director of the major Papyrus Collection at the University of Cologne. In 1991, he earned his “Habilitation” (post-doctoral lecturing qualification) and became Professor of Ancient History and its fundamental studies at the Ludwig Maximilian University of Munich.

From 1985 to 2019, Johannes Nollé was research consultant for the Commission for Ancient History and Epigraphy at the German Archaeological Institute in Munich. The shining example he set, as well as the friendly support he gave, inspired many young numismatists – some of whom aren’t so young anymore. In this role, he supervised dissertations by numismatists such as Bernhard Weisser and Florian Haymann.

Johannes Nollé is one of the most productive numismatists of our time. With his outstanding historical knowledge and fluency in Greek and Latin, not forgetting his expertise in coins and inscriptions, he is practically destined to reconstruct the local history of ancient cities. His “numismatic” articles are therefore never just catalogues; instead, he uses coins as an academic source for studying the past, and treats them as being equally important as other kinds of evidence. A good example of this is when he, together with Alois Wenninger, reassessed the character of Themistocles in several essays, with the help of mintages from the city of Magnesia.

Nollé’s specialist area is Asia Minor, focusing particularly on the region of Pamphylia, or the city of Side. He has contributed – both as a writer and an editor – to countless books and essays on these areas and other subjects; here’s just one example: “Side im Altertum: Geschichte und Zeugnisse” [Side in ancient times: history and artefacts] (2 Vols., Bonn 1993 and 2001).

In 2004, Johannes Nollé founded the journal “Gephyra” with Sencer Şahin. The “Nomismata” series, published by Habelt Verlag, was also the result of his initiative.

Johannes Nollé’s genuine passion for history really shines through when he gives a talk. He is therefore one of the most sought-after guests at collectors’ societies and associations.

Johannes Nollé has a particular fondness for collectors and believes that true research can only be achieved when collectors, dealers, and academics all work together – a belief that he also lives out in practice. That’s why he is, among other things, a member of the board of the Bayrische Numismatische Gesellschaft [The Bavarian Numismatic Society], and since 2019, the Scientific Consultant for auction house Künker.

In 2000, he received the Vreneli award for Classical Numismatics in Basel. In 2019, a commemorative publication was dedicated to him for his 65th birthday. His friends from Germany and abroad, as well as from every field of ancient world studies, took great pleasure in preparing it for him. This publication was presented to him in an official ceremony at the Staatliche Antikensammlung in Munich.

You can contact Professor Nollé via his email address.

You can find out more about him on the University of Munich website and on his Wikipedia page.

Of course, you can also follow Johannes Nollé on Academia.edu.