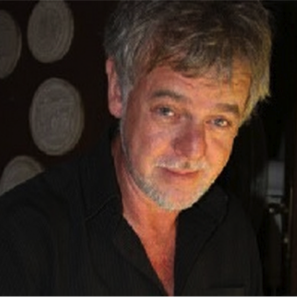 Medalist and Artist With His Own Manufactory

Victor Huster (*1955 Baden-Baden) started making his own medals at the age of 17. He attended school with a focus on Latin and Greek, trained as a goldsmith, engraver, tool maker and studied industrial striking techniques from 1971 to 1976, when he started working as a freelance medalist in his own workshop in Baden-Baden. Mr Huster works internationally. His work focuses on historically and culturally important events, for which he lays out sophisticated designs molded in extremely demanding and unique high relief.

Nevertheless, his work has also found its way into circulating coinage and commemorative coins. Examples of his corpus include the new Israeli 1 shekel coin (1985), the 5 marks piece commemorating the “environment conference” (1982), and the 2014 10 euro commemorative coin on the 300 year anniversary of the Fahrenheit scale which received the COTY award. In 2018, his medal “Shekel-Prize” of the Israel American Numismatic Association was awarded the 2nd prize for art medals of the American Medallic Sculpture Association.

Since 1979, Victor Huster’s business in Baden-Baden has been manufacturing a series of minted, alternative trial pieces for German commemorative coins. With a volume of more than 60 different motifs, this is a unique exploration of these topics. Another specialty is the usage of river gold, very often “rhine gold”, for minting coins with numerous motifs.

In 2012 Victor Huster was awarded the German Medalist Prize. He was also a juror and on multiple occasions he was in the jury of the design prize for German commemorative coins.

Since 2016, there has been a German publication about Victor Huster, which was edited by himself and which is available by now as a second edition: “Victor Huster: Münzwettbewerbe und Motivproben seit 1979. Betrachtungen zur Grafik der aktuellen deutschen Münzgestaltung”.

Since 1987 the coin cabinet of the state museum Stuttgart collects Huster’s work, including his models and dies. In 1997, the state museum Kassel dedicated an exhibition to his body of work. Victor Huster’s work can be found in many museums and coin cabinets in Germany and all over the world, such as in the British Museum London, in The Haag, Oslo, Tel Aviv, and New York.

Currently, his opus of 40 years encompasses about 950 medals, coins and patterns.

Press and publications about Victor Huster are available here.

And of course, the German equivalent of CoinsWeekly has been reporting on Victor Huster over time: find examples here, here and here unfortunately all in German.

Victor Huster also has an entry in the German wikipedia.