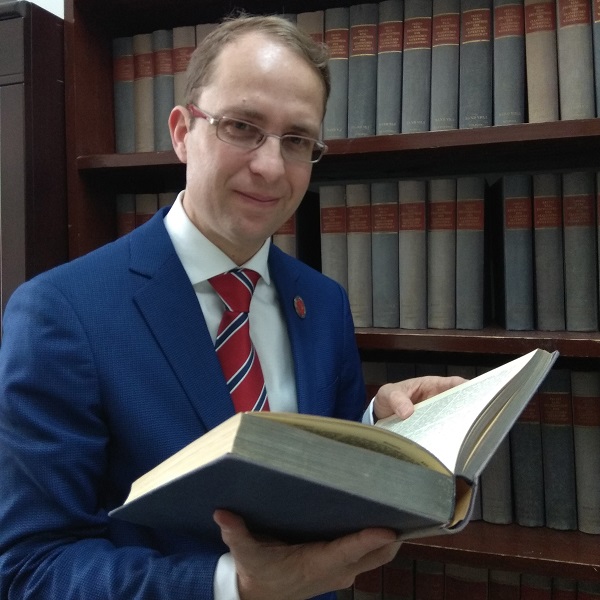 Sven Günther (*1978) studied Ancient, Medieval, and Modern History as well as Public Law at the Johannes Gutenberg University in Mainz. After finishing his master’s degree in 2003, he went on to teach at Gymnasium Weierhof close to the Donnersberg mountain in Rhineland-Palatinate. In 2008, he obtained his PhD at his alma mater in Mainz with a thesis titled „Vectigalia nervos esse rei publicae – Die indirekten Steuern in der Römischen Kaiserzeit von Augustus bis Diokletian“.

In addition to ancient economic, military, and social history, the history of law, and numismatics, Sven Günther is also interested in didactics. He works to promote a closer cooperation of universities, schools, and museums. In the 2010/2011 school year, he worked as a history and Latin teacher in Frankfurt am Main. From 2011 until 2013, he taught at the German School in Yokohama. Thereafter, he held the office of Akademischer Rat at the University of Bielefeld. Since September 2015, he has been a member of the Institute for the History of Ancient Civilizations in Changchun (China): first as a visiting scholar, then as a professor. Today, he also holds the position of Vice Director.

Sven Guenther has received several honors and awards including a grant of the Georg Eckert Institute for International Textbook Research in 2013 and the “Changbai Mountain Friendship Award“ of the Jilin province in 2017. He was also honored as “Excellent Foreign Expert” by the Northeast Normal University in Changchun in 2015.

More information on Sven Günther is also available on his Wikipedia page (German only).

More than 60 of his articles and publications can be found on academia.edu.

Additional information on the Institute for the History of Ancient Civilizations can be obtained on the official website. Sven Günther also published an article in the context of the institute’s 30th anniversary.

CoinsWeekly reported on Günther’s project of developing a smartphone app which can be used in the context of ancient coinage research, as well as the latest developments at the IHAC.