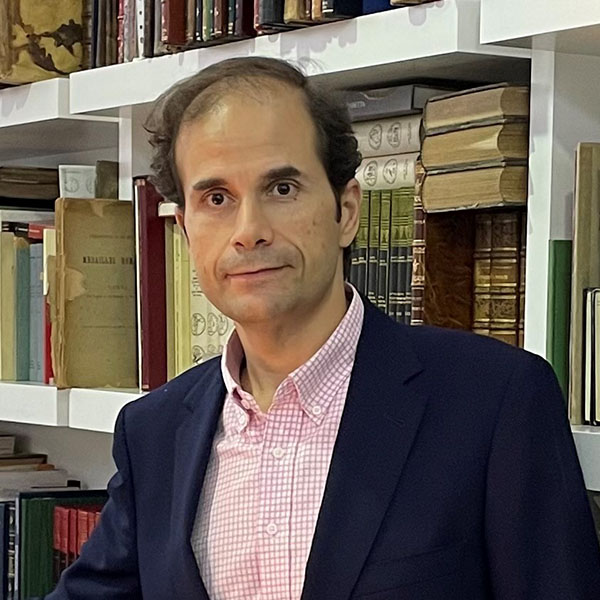 Juan Cayón Jr (*1975) was born into a family of coin dealers: together with his father, the renowned Spanish coin dealer and auctioneer Juan Cayón Sr, and his two brothers, he helped out in the family business from an early age and sold coins at the Plaza Mayor flea market. As a child and teenager he regularly visited coin fairs and auctions in Europe and the USA. Later, Juan Cayón Jr studied law at the IE Business School and specialised in tax law and the fight against money laundering.

At first, he worked at a law firm and for eBay Spain. In 2005, he started to work full-time for the family business. In addition to being a numismatist, he is also the company’s legal counsel and compliance officer. As managing director of Cayón Subastas, Cayón regularly organises auction sales of mainly Spanish coins (and banknotes) from antiquity, the Middle Ages and modern times.

He was the first Spanish coin dealer to teach numismatics at the Universidad Nacional de Educación a Distancia (UNED) between 2005 and 2011.

Juan Cayón Jr is board member of the Spanish dealer association Asociación Española de Numismáticos Profesionales (AENP) and participated in the committee on International Trade of the International Association of Professional Numismatists (IAPN).

Find more information about his company at the Cayón Subastas website.