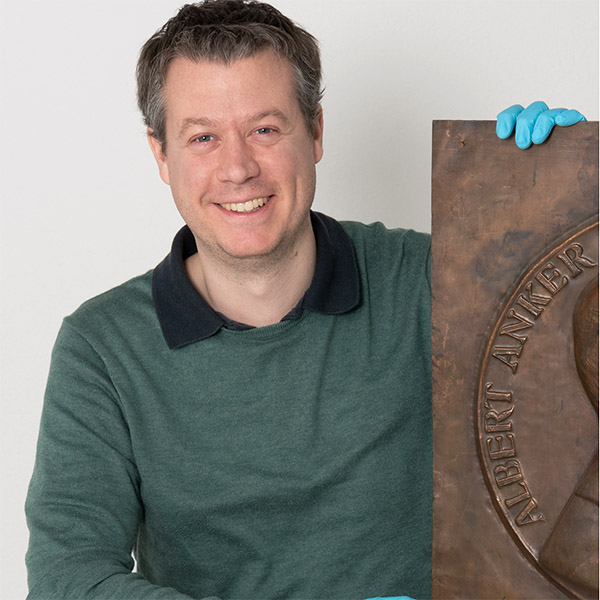 Numismatist and Curator at the Basel Historical Museum

Andrea Casoli (*1983) studied Classical Archaeology and Ancient History in Basel and graduated with a Master of Arts in 2011. His Master’s thesis focused on Roman gold and silver medallions from Augustus to Philip I the Arab. During his studies, Andrea Casoli gained professional experience working at various numismatic institutions in Switzerland, including internships at the coin cabinets of the Basel Historical Museum (2007–2008 and 2012), the National Museum Zurich (2011), in Winterthur (2011), and at the museum at Augusta Raurica (2012).

From 2013 to 2017, Andrea Casoli worked as assistant (prae doc) at the Department for Numismatics and Monetary History of the University of Vienna, where he has been writing his doctoral dissertation on the coinage of Emperor Nero since 2013 under the supervision of Reinhard Wolters. Besides his interest in Nero’s coinage, Casoli’s publications also focus on the monetary history of Switzerland.

He held a lectureship at the Albert Ludwig University of Freiburg (2017–2018) and worked on the SEB project of the Bern Historical Museum (coin cabinet) between 2018 and 2020.

His publications can be found on Andrea Casoli’s profile at academia.edu.

The Basel Historical Museum also provides you with information on their staff member Andrea Casoli.