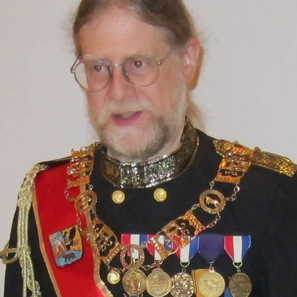 Coin dealer and King of Bermania

Allen G. Berman (*1959) is the sole owner of the coin house Allen G. Berman, Professional Numismatist. Since childhood, he collects coins and, since 1972, assembles price lists. As a schoolboy, he helped with recataloging the Medieval collections of the ANS.
At the Fairfield University in Connecticut he obtained a B.S. in Marketing and graduated in History from the University of Bridgeport with a master’s thesis on early Papal coins in 1986.
Since 1981, he works as a coin dealer, for Alex G. Malloy, Inc. (1981-1999), Village Coin (1981-1983), and Fairfield Coin (1983-1985) in Fairfield/CT, among others. In 1985, he started his own business.

Allen G. Berman has written several books, including Papal Coins and Papal Numismatic History (both 1991), as well as Warman’s Coins and Paper Money (2008). He is also the editor of Coins of the Crusader States (2004) and the English edition of Medieval Coins in the Christian Thomsen Collection (1992).

From 1987 to 2003, Allen G. Berman was the Secretary of the Fairfield County Numismatic Association.

His fictitious Kingdom of Bermania (*1974) and the dissemination of humor among numismatics are major concerns to him. He has his own coat of arms, his own coins and an extensive peerage. Together with his wife Queen Barbara, Allen G. Berman, as His Majesty Alanus I, rules the enjoyable state whose members, scattered all over the world, gather for cheerful meetings of the Bermanian Guild of Numismatists (BeGON) on a regular basis, generally associated with the New York International Numismatic Convention and the Central States Numismatic Society Convention.

Publications written by Allen G. Berman can be found here.

For more information, please visit the website of Bermania.

Of course, CoinsWeekly has also published a report on Bermania already.