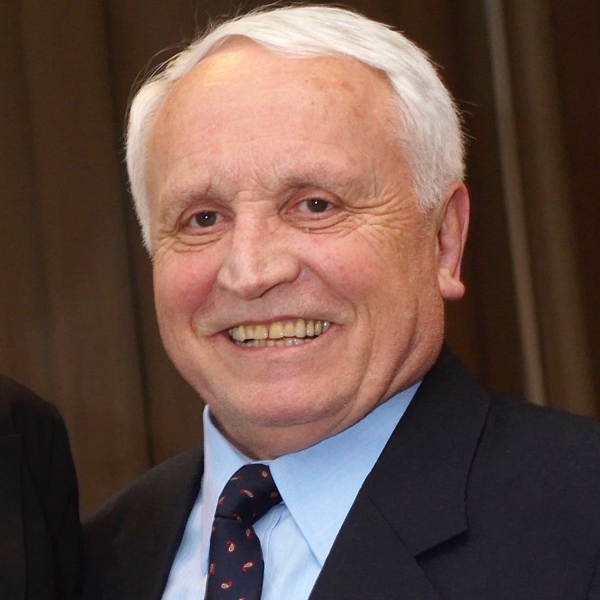 Founder of the MünzenRevue and the World Money Fair

Albert Michael Beck (* 1937) worked as a proof reader at a printing house before undergoing a training as a school teacher for German and Literature. He then taught until his retirement, first at the Allgemeine Gewerbeschule Basel, later at the arts school, and at the Schule für Gestaltung.

Already as a student at the University of Basel and motivated by coin collecting becoming a flourishing hobby of many people from 1968/9 onwards, he decided to found the numismatic journal “MünzenRevue”. This journal was explicitly addressed to the collector.

It combined specialist articles, a presentation of newly released coins, current price guides for modern and historical issues, auction previews and dates of coin fairs. Albert M. Beck continued to be chief editor as well as owner of the MünzenRevue until 2000. Until the present day, he still writes the editorial of the journal for which the Gietl publishing company has now become responsible.

In 1972, Albert M. Beck founded the “Internationale Münzenbörse Basel”. Numerous mints having participated on a regular basis since the second half of the 1980s, this event evolved into the leading specialized fair for contemporary numismatics. Renamed “Europa-Münzenmesse Basel” in 1988 and then World Money Fair in 1999, it is currently the world’s most important market place for modern numismatics. Furthermore, with its Technical Forum it is the only fair that offers the supplying industry a platform, too. Taking place on the first weekend in February each year, the World Money Fair holds the record in visitor numbers among coin fairs.
Albert M. Beck tells the story of the World Money Fair in a German/English book that was published by Gietl in 2011.

His extensive collaboration with the mints of the world brought him the honorary title of a doyen of modern coin minting.

Albert M. Beck is one of the most distinguished collectors of first strikes produced by the Federal Mint (today’s Swissmint). In 2009, UBS auctioned off his collection in Basel.

It hardly needs mentioning that Albert M. Beck has an entry in German Wikipedia.

Albert M. Beck is one of the personalities introduced in detail by the community of Neuenkirch.

To mark his 80th birthday, Albert M. Beck is in the limelight of an entire CoinsWeekly article.

You can subscribe to his journal MünzenRevue by clicking here.

45 years of MünzenRevue are told by Rainer Albert in this article on our German site MünzenWoche.

Marking the 40th anniversary of the World Money Fair, CoinsWeekly published a comprehensive article. You can read part 1 here, and part 2 here.

You can have a look inside Albert M. Beck’s Story of the World Money Fair by clicking here.

In this short English film, Albert M. Beck tells you how he realized his vision of a coin fair with which he wanted to address the entire numismatic community.

This link will direct you to the website of the Olympic Museum.

The review of the relevant catalog of Olympic coins can be found here.