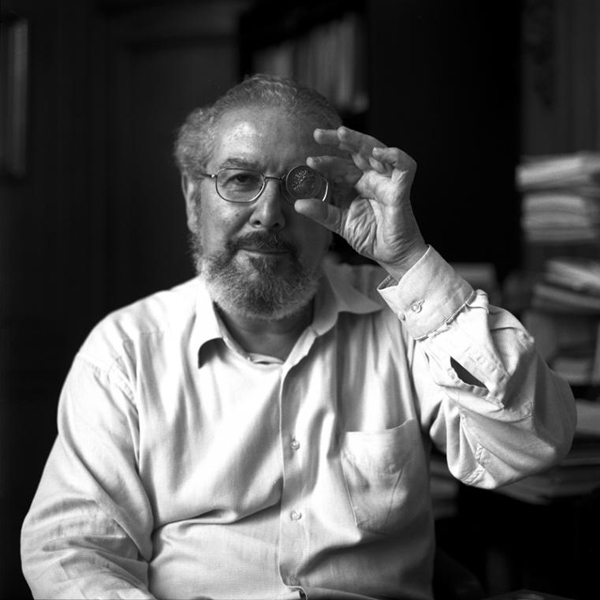 In addition to lectureships and professorships at Paris-Sorbonne and the Ecole du Louvre, Michel Amandry was visiting scholar at the American Numismatic Society (ANS) and in Oxford, to name only two. He was Secretary of the Société Française d’Archéologie Classique (1990-1998) and President of the Centre d’études chypriotes (1997-2002). He was Secretary (1997-2003) and President (2003-2009) of the Commission Internationale de Numismatique. At the Société nationale des antiquaires de France, he was also Secretary (2001) and President (2012). Since 2015, he has been President of the Société française de numismatique.

Michael Amandry has been Director of the “Revue Numismatique” and editor of “Trésors Monétaires” since 1992. Between 1995 and 2002, he was responsible for “Pratiques monétaires dans le monde” of the research group GDR 982 of the Centre national de la recherche scientifique (CNRS).

Among his many contributions to numismatic research are: “Le Monnayage augustéen de Leptis Minor: Byzacène” (1983), “Roman Provincial Coinage” (RPC) vols. I and II (with A. Burnett; 1991 and 1999), and “The romanization of Hellenistic coinages in the Mediterranean East” (1994). He also edited two volumes of “A survey of numismatic research“ (2003 and 2009).

Michel Amandry won the 1988 Prix Delepierre of the l’Association pour l’encouragement des études grecques en France and the 1989 Prix Allier de Hauteroche of the l’Académie des Inscriptions et Belles-Lettres for his studies on the duoviri coinage at Corinth. For the re-edition of the RPC he was awarded the Prix Allier de Hauteroche in 1999. For co-authoring the “Dictionnaire de Numismatique” he won the 2002 Prix Duchalais of the Académie des Inscriptions et Belles-Lettres. In 2006, he received the Ya’akov Meshorer Numismatic Prize, followed by the 2013 Prix Jeanine et Roland Plottel of the Académie des Inscriptions et Belles-Lettres for his contribution to the RPC.
Michael Amandry was honored with the 1993 Bjornstad Medal of the Norwegian Numismatic Society. In 2004, he received both the Medal of the Royal Numismatic Society, London, and the ANS’ Archer Huntington Medal. In 2001, he became Knight (Chevalier) of the French National Order of Merit, and in 2013, Knight (Chevalier) of the French Legion of Honor.

Michel Amandry is a member of numerous societies and institutions, including the American Numismatic Society, the German Archaeological Institute, Real Academia de la Historia, the Austrian Academy of Sciences, the Royal Numismatic Society of Belgium, and the International Numismatic Council.

You can reach Michel Amandry via e-mail.

He has an entry at Wikipedia.

The works of Michel Amandry can also be found in the BnF’s digital library “Gallica”.

If you want to see Michel Amadry talking (in French) about Carthaginian coins, you can have a look at Youtube, where a short Film of the BN about Flaubert’s Salammbo was published in 2014.