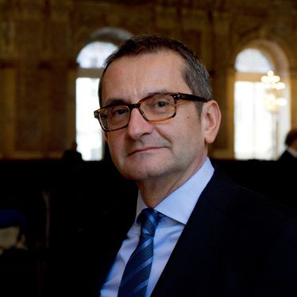 Michael Alram has co-curated exhibitions for museums in Austria and abroad that attracted wide interest, including “Alexander der Große und die Öffnung der Welt” (2009). He is the winner of several awards, most recently of the Archer M. Huntington Award of the American Numismatic Society (2016).

Among other things, he is Full Member of the Philosophical-Historical Class of the Austrian Academy of Sciences (since 2003) and Corresponding Member of the German Archaeological Institute (since 2012).

Michael Alram has a Wikipedia article in German and Italian.

A much more detailed CV of Michael Alram is available at the website of the International Numismatic Council.

The great range of Michael Alram as a researcher is illustrated by this YouTube film, covering a lecture he held in Russia.

A detailed interview (in German) with Michael Alram about the public visibility of the humanities was conducted by the science portal of the Gerda Henkel Foundation.